China announced the completion of the assembly of the configuration of its orbital station. 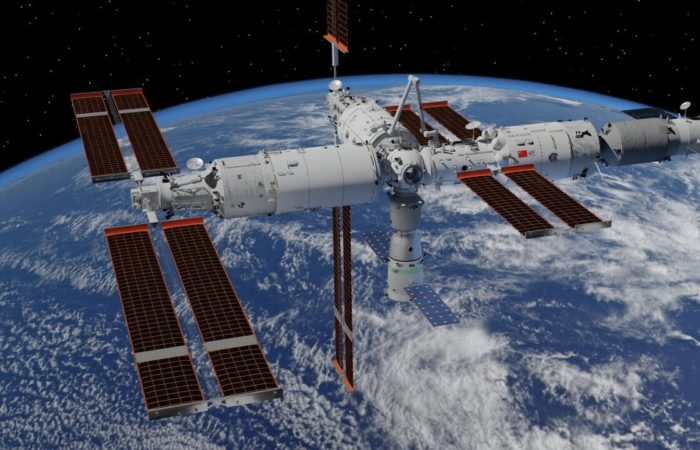 China successfully completed the assembly of the main configuration of its Tiangong space station on Thursday, after the successful re-docking of the Mengtian laboratory module, three compartments of the station formed a T-shaped object in orbit, according to China’s manned flight program administration.

“The movement of the Mengtian laboratory module was successfully completed on November 3 at 9:32 a.m. Beijing time … The crew of the Shenzhou-14 ship will enter the Mengtian module in the afternoon,” the agency said in a statement.

The module first undocked from the station, after which, using the manipulator, it moved to a certain angle and docked with the side docking port of the Tianhe compartment, the whole process took about one hour.

⠀
The move of the Mengtian laboratory module marks the completion of the in-orbit assembly of the basic T-configuration of the Chinese space station.

⠀
The launch of the Mengtian module using the Long March-5B carrier rocket took place on October 31 at 15.37 Beijing time from the Wenchang Cosmodrome on Hainan Island, approximately 13 hours after the launch, the module docked with the main compartment of the station, located in an orbit with an altitude of 400-450 kilometers.

The Mengtian module weighs 23 tons, is 17.9 meters long and 4.2 meters in diameter, and has 110 cubic meters of airtight interior space, including 32 cubic meters of living and working space. The equipment installed in the experimental module will be used to study microgravity and conduct experiments in the field of fluid physics, materials science, combustion science and fundamental physics.

⠀
The basic configuration of the Tiangong station now consists of the main compartment of the Tianhe and two laboratory modules docked with it, Wentian and Mengtian, the three objects together weigh approximately 69 tons. During further operation, it will be possible to simultaneously dock a maximum of two manned spacecraft (during a crew change) and one cargo ship to the station, and in this case, the entire complex of three modules and three spacecraft will weigh about 90 tons. At the moment, a cargo ship “Tianzhou-4” and a manned “Shenzhou-14” are docked to the station from three compartments.