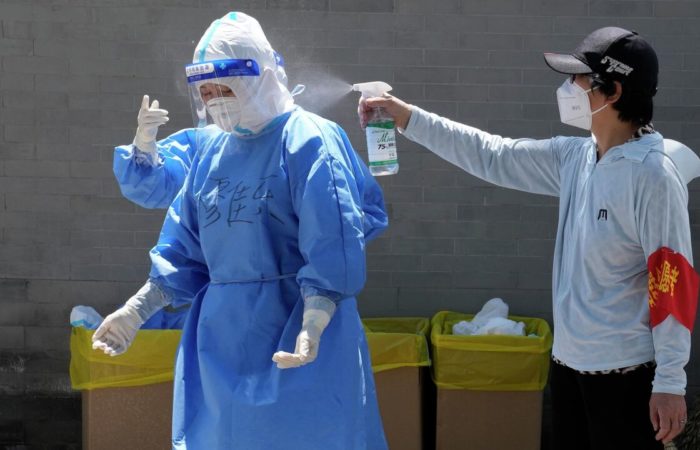 Against the backdrop of acute public dissatisfaction with the “zero tolerance” policy for COVID-19, the Chinese authorities decided to optimize it.

Despite the fact that anti-epidemiological control in China remains one of the most stringent in the world, the situation with the disease in the country is deteriorating again. Since the beginning of November, due to numerous local outbreaks of COVID-19, entire areas in many cities of the country have been quarantined, and their residents have been required to undergo regular PCR testing.

Against this background, at the end of November in the largest cities of China – Shanghai, Beijing, Guangzhou, Wuhan – there were protests against too strict anti-COVID restrictions.

The Joint Coronavirus Prevention and Control Mechanism of the State Council of the People’s Republic of China issued a statement announcing the introduction of ten measures to optimize anti-epidemic policy.

⠀
Thus, all regions need to be scientific and careful in determining epidemiological risk zones, referring only buildings, apartments, floors and households with infected people to them, and not allowing arbitrary extension of quarantine to entire residential complexes, streets, districts and settlements. Previously, a multi-million district could be quarantined due to several dozen cases of infection.

⠀
The authorities also ordered to optimize the conduct of PCR testing. If earlier, even with a small outbreak of the disease, a district or even a city was required to conduct several rounds of universal mandatory PCR testing to identify all infected as soon as possible, now they will have to be taken by those who work or are temporarily in a high-risk area. Negative tests are no longer required to visit public places other than hospitals, nursing homes, day care centers and schools.

⠀
PCR tests and electronic “health codes” are not needed when traveling from one region of China to another. At the same time, authorities and large enterprises can independently introduce epidemic prevention and control measures. For example, to attend daily press conferences at the Chinese Foreign Ministry, journalists are required to provide a negative 24-hour PCR test result.

Another important news is the optimization of requirements for the quarantine of sick people. If previously infected people with and without symptoms, as well as close contacts, were sent to mandatory centralized quarantine, now asymptomatic carriers and those with a mild course of the disease can remain in home isolation or, if they wish, go to centralized quarantine for treatment.

The authorities also ordered that pharmacies across the country should operate as usual and should not close on their own. There should be no restrictions on the purchase of over-the-counter drugs online and offline, such as antipyretics, cough medicines, antivirals and cold remedies. Previously, in different periods of the pandemic, the sale of these funds was either prohibited or limited, or could be carried out only after the presentation of a passport.

⠀
Among other things, the authorities intend to accelerate the vaccination of people over the age of 60, increase the number of temporary and mobile vaccination points, conduct explanatory work among the population, and better identify contraindications to vaccination.