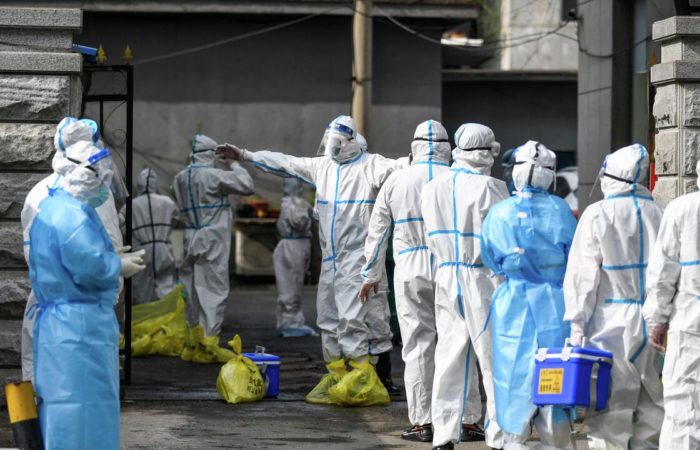 For the third day in a row, China records a daily anti-record in the number of detected cases of COVID-19 over the entire period of the pandemic, 35,183 cases were registered over the past day, most of them asymptomatic, follows from the data of the State Committee for Health of the People’s Republic of China.

The previous maximum was recorded on Thursday and Friday, when 31,656 and 32,943 new cases were reported, before that, the peak of the incidence of coronavirus in China occurred in mid-April this year, then during a major outbreak and lockdown in Shanghai, the daily increase in new cases in the country exceeded 29.4 thousand.

Most of the new cases over the past day were detected in the southern province of Guangdong (1016 confirmed, 7406 asymptomatic), a new quarantine center for 80 thousand beds is being built there, in Beijing (587 confirmed, 2009 asymptomatic), where a partial lockdown has been introduced in some areas, in the central government city of Chongqing (202 confirmed, 7522 asymptomatic).

⠀
In total, during the pandemic, according to authorities, 304,093 cases of infection with symptoms of COVID-19 were registered in mainland China, 5,232 people died.

Asymptomatic cases of infection in China are considered separately, there are no statistics on them for the entire period of the pandemic.

In recent months, the epidemiological situation in China has again worsened due to numerous local outbreaks of COVID-19, which is why partial lockdowns have been introduced in a number of cities, and people are forced to undergo PCR testing daily. So, since November 24, against the backdrop of an increase in the incidence of COVID-19, restrictive measures have been tightened in a number of major cities in China.

In Beijing, where the epidemiological situation gradually began to worsen in early November, from Thursday to enter public transport, government and party departments, manufacturing and other enterprises, shopping and business centers, supermarkets, hotels and hostels, cafes and restaurants, as well as for visiting attractions, you need to show a negative result of a PCR test done in the last 48 hours, before a test done within the last 72 hours was sufficient. At the same time, to enter some office buildings and attend offline events, such as daily briefings at the Chinese Foreign Ministry, you must present a negative PCR test result made in the last 24 hours. The authorities characterize the current epidemiological situation in the capital as critical.

⠀
China has adhered to a zero-tolerance policy for the virus almost from the very beginning of the coronavirus pandemic, and Chinese anti-epidemiological control is still one of the most stringent in the world.