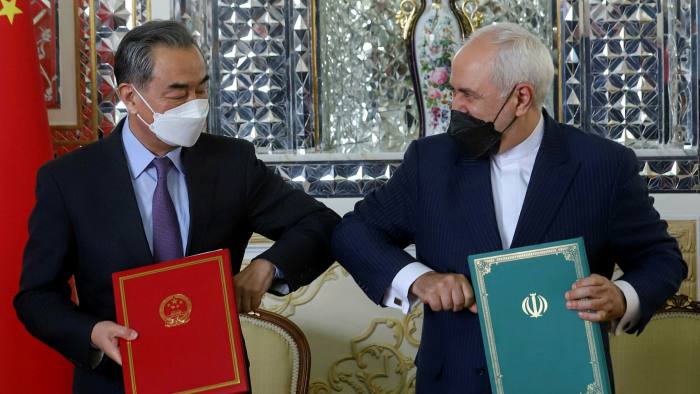 China and Iran solidified their cooperation by inking a 25-year cooperation agreement on Saturday. The project aims to significantly expand Beijing’s economic and political influence and has raised concerns in Washington.

Chinese Foreign Minister Wang Yi and his Iranian counterpart Mohammad Javad Zarif have signed the strategic agreement on cooperation. On Saturday, the two officials showed their mutual support with renewing a strategic partnership between China and Iran.

On Saturday, ahead of the televised signing ceremony, the top Chinese diplomat said that the relations with Iran will not be affected by the current situation, but “will be permanent and strategic”.

The 25-year-old accord brings Iran into China’s Belt and Road Initiative, a powerful business infrastructure scheme intended to stretch from East Asia to Europe, Asahi news agency reported. In his turn, Mr Zarif called China “a friend for hard times.”

Meantime, Joe Biden has sought to revive talks with Tehran on the nuclear deal abandoned in 2018 by Trump.

“Under the new administration, the Americans want to reconsider their policy and return to the nuclear accord, and China welcomes their move,” Wang added.

Commenting on the historical document’s signing, the Iranian leader Rouhani said: “Cooperation between the two countries is very important for the implementation of the nuclear accord and the fulfilment of obligations by European countries”.