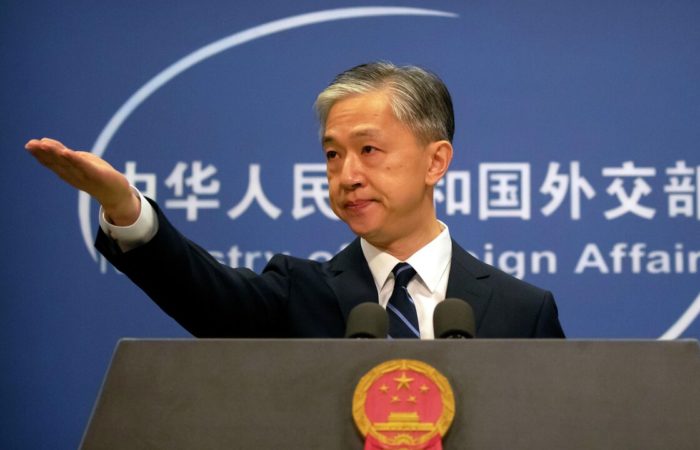 China opposes unilateral sanctions that have no international legal basis, Chinese Foreign Ministry spokesman Wang Wenbin said at a briefing on Friday, commenting on the imposition of EU sanctions against three individuals and one organization from Iran for allegedly supplying Russia with drones, which Moscow has repeatedly denied , and Tehran.

“China opposes illegal unilateral sanctions not authorized by the UN Security Council and not based on international law,” the diplomat said.

Wang Wenbin stressed that China urges all relevant parties to maintain calm and restraint, encourage and support all diplomatic efforts to promote a peaceful resolution of the Ukraine crisis, and jointly promote the de-escalation of the situation.

The European Union on Thursday published in the official journal the decision to impose sanctions against three individuals and one organization from Iran for allegedly supplying drones to Russia. At the same time, no evidence of deliveries was provided.

⠀
Sanctions against Iranian individuals and organizations were adopted under the EU sanctions regime for “violating the territorial integrity and sovereignty of Ukraine.” They have entered into force.

⠀
Under restrictive measures, in particular, the Iranian research center Shahed aviation industries fell. The EU claims that the company is “responsible for the design and development of Iranian UAVs of the Shahed series.” The drones of this series, according to the European Union, were delivered to Russia and are used in the conflict in Ukraine. This, according to the logic of the EU, means that “the company is responsible for supporting actions that undermine or threaten the territorial integrity, sovereignty and independence of Ukraine.”

⠀
Among the individuals who fell under European sanctions for Ukraine are the head of the General Staff of the Iranian Armed Forces Mohammad Bagheri and other military leaders.