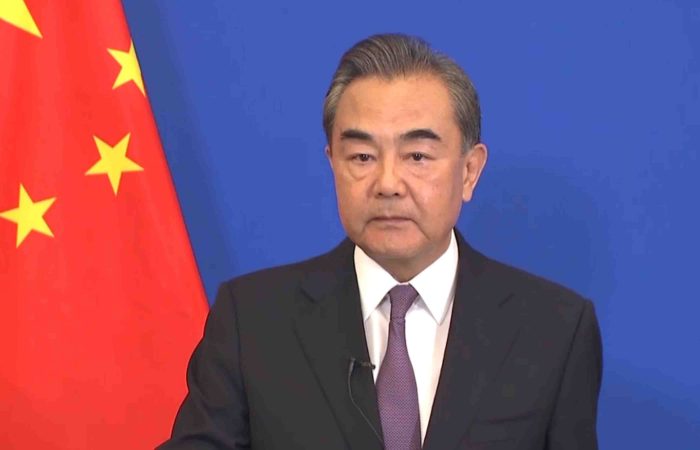 China’s top diplomat Wang Yi said that Washington and Beijing are at the crossroads and could get back on the right track following a period of tensions, Xinhua news agency reported.

Ties between China and the United States never were perfect, however, the two nations preferred to maintain healthy relations in trade, diplomacy, and culture.

In 2020, the ties have been strained amid disputes over trade, human rights and the origin of the corona pandemic.

The US and China, the world’s two biggest economies, have come under increasing strain in 2020, taking into account the global health crisis. The two countries have had a series of disputes over trade, human rights and even the epidemic. In its latest move, Washington even blacklisted dozens of Chinese companies it said had ties to the military.

The top Chinese diplomat, Wang Yi, stressed on Saturday in a joint interview with Xinhua that recent American policies towards China had harmed the interests of both sides and brought huge dangers to the world.

However, in 2021, there is an opportunity for Beijing and Washington to “open a new window of hope” and begin a new round of dialogue, Wang said.

Commenting on the future of the relations, Mr Wang did not mention Trump or Biden by name, but he urged the Oval Office to “respect the social system and development path” chosen by the Asian country. As the Chinese diplomat added, if Washington “learns lessons”, the conflicts between the two sides could be resolved soon.

“We know some people in the United States are apprehensive about China’s rapid development, but the most sustainable leadership is to constantly move forward yourself, rather than block the development of other countries,” he said.