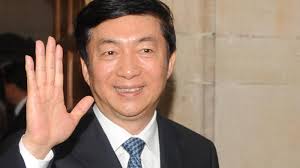 Luo Huining, 65, is a new China’s appointee to Hong Kong. Since June 2019, it is the first major official reshuffle, Inkstone News reports on Monday.

Prior to becoming a new China’s top representative to Hong Kong, Mr Huining had never held any position directly related to island. Despite that, he promised to carry out his duties with sincerity and affection.

The 65-year-old China’s official gave his first address to media after his surprise appointment over the weekend. Speaking to people, he expressed hope that Hong Kong will “get back on track” soon.

Luo Huining is the former Communist Party leader of the northern province of Shanxi. In fact, he has never held any position directly related to Hong Kong before. Since Monday, Huining is the newly appointed director of the central government’s liaison office in the city.

Since Hong Kong erupted with the mass street protests in mid-2019, China tries to ease the tensions, sparked by a now-withdrawn extradition bill. The often-violent clashes became a signature of Hong Kong protests, while the situation has been worrying. «We hope Hong Kong can get back on track,» Luo Huining said.

Meeting reporters on his first day at work on Monday, Luo spoke for five minutes in Mandarin but did not take any questions.

“I’m no stranger to Hong Kong. The new position is a new mission and challenge for me. I will do my best in the job with a sincere affection towards Hong Kong,” Luo Huining said.

According to the new appointee, ‘the motherland’ has still been the biggest supporter of Hong Kong.