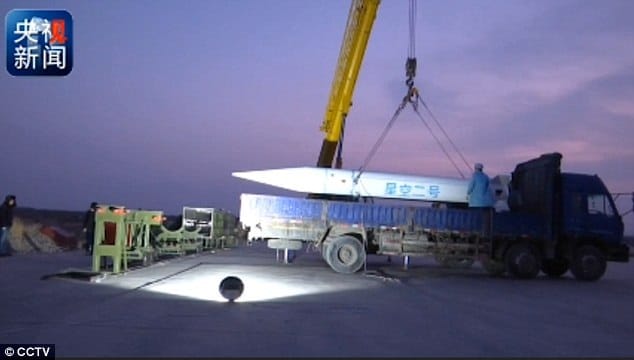 Xingkong-2 or Starry Sky-2 is a new Chinese hypersonic aircraft, that next-generation weapon known as will ride the shockwave generated by the initial launch, which is handled by a rocket, to travel around 7,344kmph. The difference between traditional ballistic missiles and hypersonic ones is in the unpredictability of the last. Coupled with the high speeds, the hypersonic missiles are very hard to track by the existing systems.

New Chinese Starry Sky-2 will purportedly be able to switch direction during its flight, making it harder to track and intercept. According to the South China Morning Post, the latest test flight was a ‘huge success. The China Academy of Aerospace Aerodynamics (CAAA) confirmed the test that was carried out at an undisclosed location in the northwest of the country.

Scientists and experts saying the aircraft signals China is now neck-and-neck with Russia and the United States in the race to create hypersonic warheads. China has long been suspected of building an arsenal of hypersonic weapons, but this new test flight is the first proof the technology is actively being developed.

According to the CAAA, the aircraft landed ‘whole’ in the designated target zone. However, this technology is not ready to be rolled out yet.