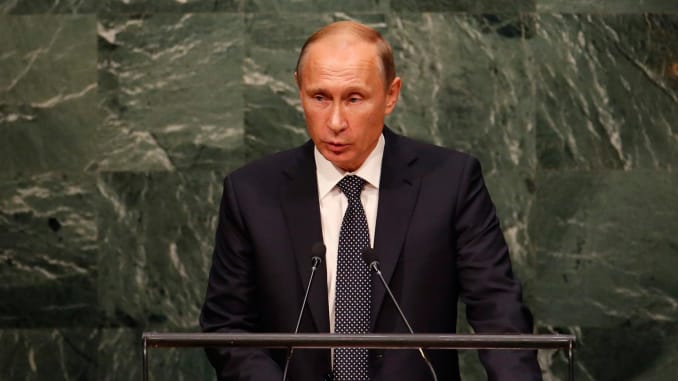 China’s Foreign Ministry spokesperson Hua Chunying voiced concern that multilateralism, as well as the role of the United Nations, is faced with grim challenges nowadays. China believe that Russia’s proposal to hold a summit among the five permanent members of the UNSC is very timely and worth to be supported.

The UN permanent members including Britain, China, France, Russia and the United States should hold a summit aimed at the revising the UN role and issue of multilateralism, the Chinese diplomats suggest.

The remarks on the UNSC role were made by the Chinese official when responding to a question on Mr Putin’s proposal raised Thursday at the 5th World Holocaust Forum in Israel.

According to Mr Hua, the Security Council is the core of multinational collective security mechanisms and the five its permanent members shoulder special responsibility for maintaining peace and security globally.

Noting the increasingly unstable and uncertain international situation and continuous regional hotspot issues, Hua said that the role of the UN, is faced with serious challenges.

As this year marks the 75th anniversary of the victory of the World Anti-Fascist War and the founding of the UN, it is of great significance for safeguarding multilateralism and the post-war order, the authority of the UN and the Security Council, as well as international and regional peace and stability, that the five UNSC permanent members communicate on the international situation and major international issues, and boost coordination and cooperation.