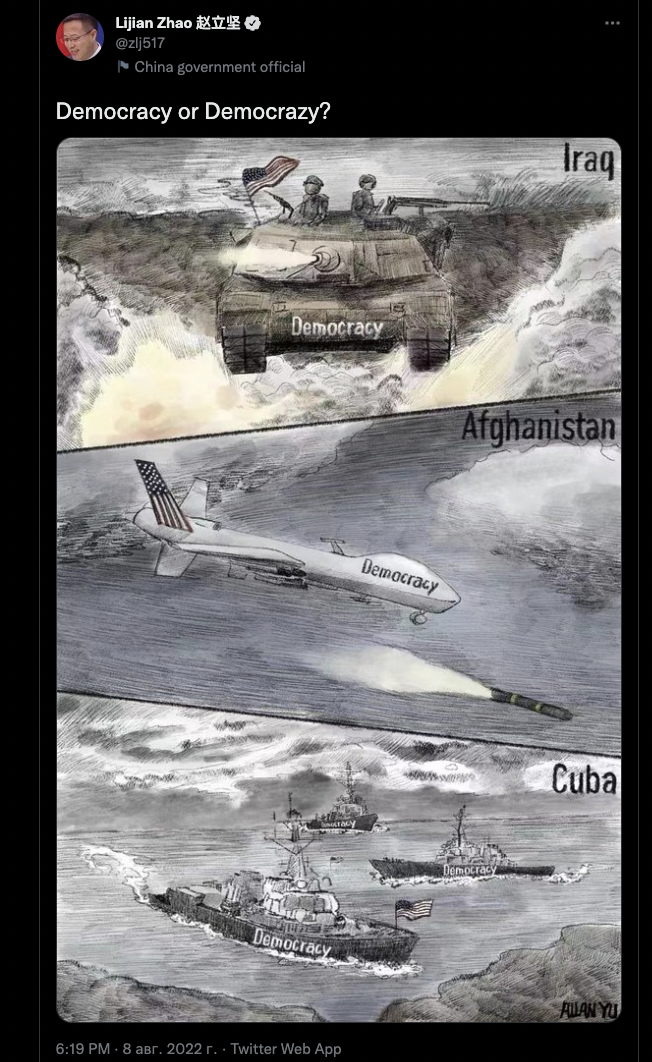 Chinese Foreign Ministry spokesman Zhao Lijian took to Twitter to ridicule the hypocrisy of the West on the issue of democracy.

He published a picture depicting three conflicts in which the US used force under the slogan of democracy: Iraq, Afghanistan and Cuba.

“Democracy or democrazy,” wrote the diplomat.

⠀
The official representative of the Chinese Foreign Ministry often comments on US actions with the help of pictures on Twitter.

Thus, he called the United States the most belligerent country in world history and the greatest threat to peace and development on the planet, recalled the many victims and suffering that the US military brought during operations in Vietnam, Kosovo, Afghanistan and Iraq, and pointed to the responsibility of Washington for the situation in Ukraine.