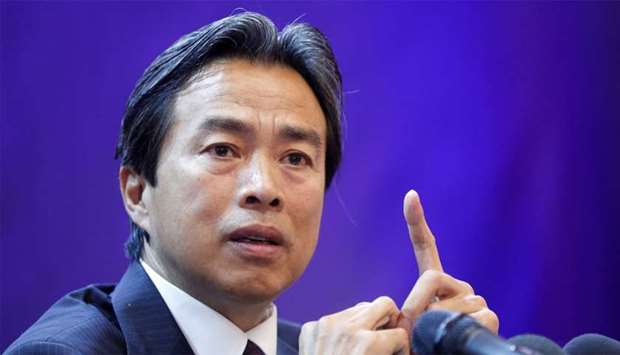 The Chinese ambassador to Israel has been found dead in his home, according to Israel’s Foreign Ministry. The tragic incident was confirmed on Sunday by the police, CNN reported.

Du Wei, the 58-year-old Chinese diplomat, had arrived in Israel in February. Earlier, he had served as ambassador to Ukraine from 2016 to 2019.

As the police confirmed on Sunday, Du Wei lived alone in Israel in his home, his wife and son were not with him. Now, Israeli police are still working at the scene investigating the circumstances surrounding diplomat’s death, police spokesman Micky Rosenfeld said.

Rosenfeld confirmed that Du was found in the early morning by his staff in his home in Herzliya, a town north of Tel Aviv. He did not confirm a radio report that according to an initial assessment, Du appears to have died of a cardiac attack.

The former Chinese ambassador to Israel is survived by his wife and son, who were not in Israel at the time of his death.

Earlier this week, Du Wei condemned US Secretary of State for the comments he made during a one-day trip to Israel. On Wednesday, Mike Pompeo denounced Chinese investments in Israel and accused China of withholding information about the novel virus epidemic.

The spokesperson for the Chinese Embassy to Israel, Wang Yongjun, penned an article in The Jerusalem Post over the weekend saying «China-Israel cooperation is win-win in nature.»

In response to Pompeo’s criticism, Yongjun said that China has never covered up the outbreak. The novel infection is a brand new virus that has never been seen in human history and requires further research.

Commenting on Pompeo’s words on cutting investment to China, Yongjun responded that his country trust that Jewish business is not only able to defeat the coronavirus but also the ‘political virus’.

«We would also like to congratulate the Israeli government on the outstanding leadership and remarkable achievements in the battle against the virus. Israel’s success proves that we can certainly be able to contain the virus as long as we act early and put people’s safety as the priority,» Wang Yongjun wrote.