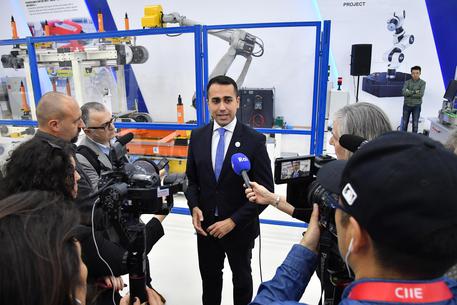 The second China International Import Expo (CIIE) became the optimal platform for Chinese and Italian diplomats who held the talks on trade issues on Monday. As RAI reports, in 2019, Italy and France are the guest countries of honour for the second CIIE.

China’s Foreign Minister Wang Yi expressed his hope that the participation of Italy will help increase Italian exports to China and promote further development of bilateral economic and trade relations.

In his turn, Di Maio said Italy is ready to become the bridge between East and west. Also, he recalled that Italian President Sergio Mattarella will visit China in 2020 to mark the 50th anniversary of diplomatic relations between the two countries.

According to Luigi Di Maio, Italy is ready to provide an open, fair and non-discriminatory environment for the investment from Chinese companies. The wealthy European country wants to continue to play a positive role in promoting the healthy development of Europe-China relations.

On November 4, Di Maio announced that he has closed «deals that were long on ice». The Italian official said these included agreements for the agri-food sector.

Di Maio will participate in the welcome dinner for heads of state and government on the invitation of Chinese President Xi Jinping. He also said he hoped China and the US would reach a deal on tariffs «to lower tensions that don’t help the markets».

China appreciates Italy’s long-term and strategic perspective in developing relations with China, and is ready to work with Italy to promote deeper and more concrete cooperation in jointly building the Belt and Road, Wang said.

The Chinese foreign minister Wang stressed the two nations should strive to boost people-to-people exchanges and ensure the success of the China-Italy year of culture and tourism next year.