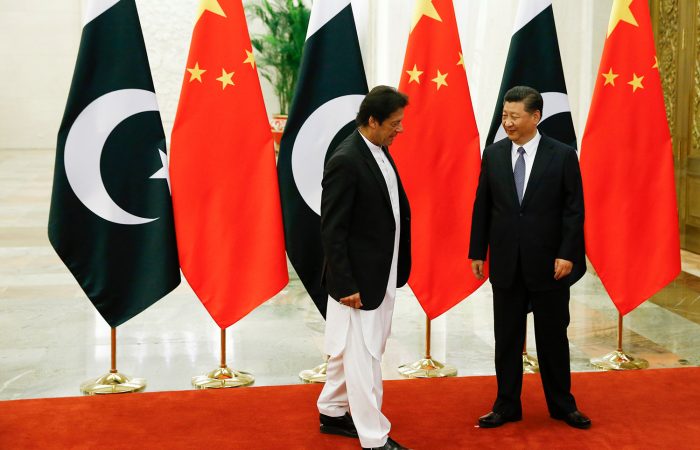 Imran Khan held several bilateral meetings during his working visit to China. The Pakistani PM is meeting not only Xi and Premier Li Keqiang but also several top business leaders as he seeks to shore up his country’s finances.

But first of all, Khan is expected to raise the issue of Kashmir as he continues to rally allies against India’s Aug. 5 decision to downgrade Indian-administered Kashmir’s status, revoking many of its autonomies.

Upon his arrival in Beijing, Khan was received by Minister for Culture, Luo Shugang, Ambassador of China to Pakistan Yao Jing and Ambassador of Pakistan to China Naghmana Hashmi.

PM’s visit to Beijing marks his third to China in a year, it follows capital’s celebrations last week of 70 years of Chinese Communist Party rule, as well as last month’s global gathering at the United Nations.

One of the priority issues is Pakistan has been one of the biggest recipients of China’s Belt and Road Initiative in recent years. Unfortunately, those infrastructure projects are slowing down: Bloomberg reports that Chinese foreign direct investment into Pakistan has declined by 77 percent in the last fiscal year.

Pakistan tries to avoid being blacklisted by FATF

Pakistani PM’s visit comes ahead of the Financial Action Task Force (FATF) meeting in Paris from October 13 to 18 where Islamabad’s compliance with the 40-point action plan will be assessed.

With the threat of being blacklisted by the anti-money laundering watchdog looming large, Pakistan has been engaged in hectic lobbying in a last-ditch bid to influence the outcome in its favour. China holds the presidency of the FATF this year, so, the recent frequent meetings of Xi and Khan in Beijing aren’t surprising in 2019.