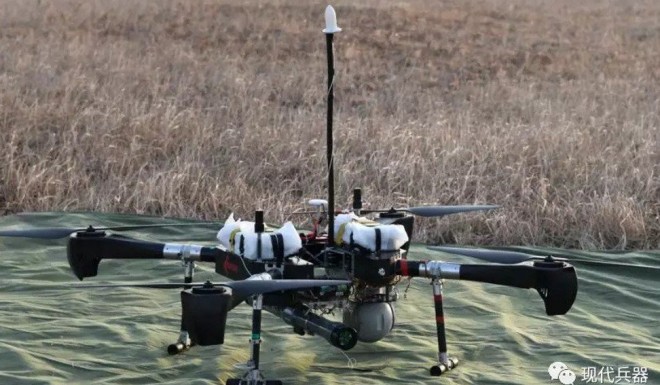 To help ground troops in street-level combat, the Chinese technology firm has designed a special drone killer named Tianyi. Now, the engineers are testing a new attack drone, which planned to be exported soon. The target audience is counterterrorism brigades and special forces.

The air-to-ground test firing exercise for the mini quadcopter named Tianyi were successfully completed. According to the inventor, the UAV had been designed to carry out both reconnaissance missions and close-range strikes against armoured vehicles or individuals operating in the cities.

“It is suitable for circumstances that include asymmetric combat, counterterrorism and special forces [operations] and street battles,” the report said.

The report said the manufacturers were analyzing the data from the most recent test, but did not say when the Tianyi would move from a phase of development into production and commerce.

According to military experts, quadcopters such as the Tianyi are really easy to manoeuvre. Another advantage like flexible navigating around buildings and carry out precision strikes are priceless for the special forces, taking into account that drone killer is able also to fire through windows at close range.

It is light, cheap, adaptable and can easily survive in battle, so when [it is] mass-produced, the People’s Liberation Army could deploy this kind of mini-drone on the front line and improve the combat ability.

The drone killer has an operational distance of 3 miles and has a vertical range of 3.7 miles. The manufacturer said that it will follow the example of other Chinese drone makers by exporting its products.

«Chinese drones are usually much cheaper than similar products from the US. This is a great advantage, making them attractive to buyers from developing countries,” Song said.