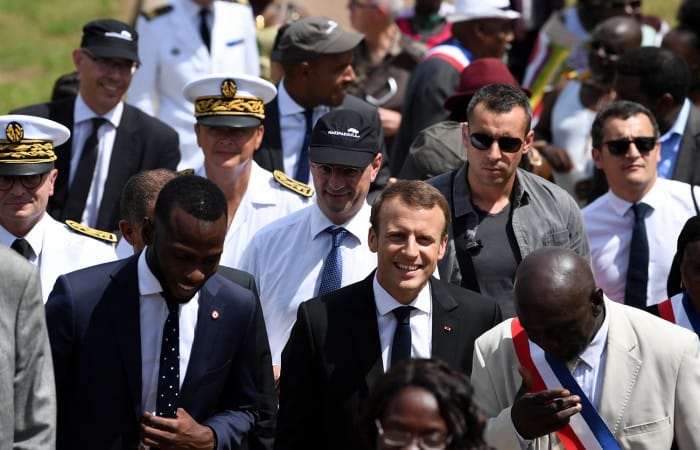 French Guiana welcomed French President with the street protests, the petrol bombs were thrown and police responded with tear gas. Emmanuel Macron’s visit to the French overseas territory wasn’t too successful from its very beginning. The streets of the main city Cayenne have demonstrated the only anger over social deprivation.

In fact, the territory in South America has 23% unemployment – more than double the rate of mainland France, moreover, the huge strike and road blockade gripped French Guiana earlier this year.

Upon arriving President Macron, police arrested five protesters during clashes after a demand for an immediate meeting with French President had been rejected. Earlier, protesters occupied the space centre at Kourou, used by France and the European Space Agency for launching satellites. Those March events were marked with the protesters’ complains that money was being poured into prestige space projects while the welfare of ordinary people in French Guiana was neglected.

President Macron, accompanied by European Commission President Jean-Claude Juncker, visited Kourou on Friday. The French leader has pledged to commit €1.08bn in emergency funding to French Guiana under a deal reached by the previous Socialist government.

There is discontent among the territory’s 254,000 residents over an influx of illegal immigrants and neglect in the healthcare and school systems.

The protest movement has the slogan Pou Lagwiyann Dekole, which is Creole for “Let Guiana take off”, the separatism is getting stronger, which means nothing good to the country but troubles, say political experts.