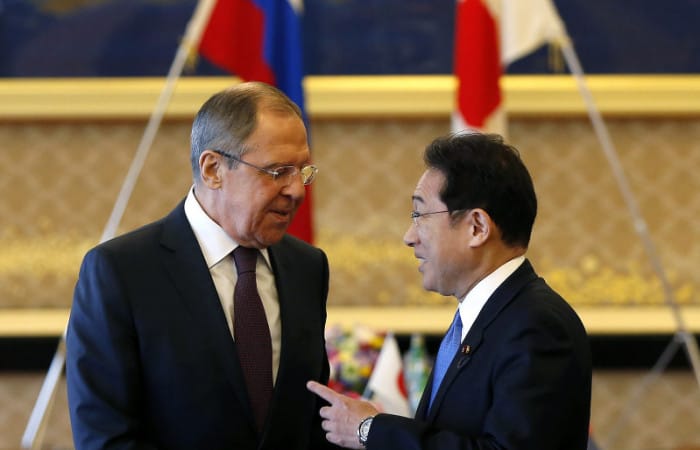 Kuril island dispute caused an acute reaction, hundreds of Russians protested talks over giving some of the islands back to Japan. Protesters’ placard read “We’ll hand over Putin rather than the Kurils!”

In several Russian cities, including Moscow and Khabarovsk, people have gathered to protest the handing over some of the island chain to Japan. Ahead of a meeting between Vladimir Putin and Shinzo Abe, the issues of dispute Kuril islands became the central one, again.

While Tokyo hopes that personal chemistry between Abe and Putin will help restart hard negotiations over a potential peace treaty after a difficult meeting between their foreign ministers in Moscow last week, on Sunday, Russian protesters chanted “the Kurils are our lands!” and “dismiss the government!” in a park in front of the Russian army theatre in downtown Moscow.

Kuril Island: a headache for both Russia, Japan

Since the 18th century, Russia and Japan have been vying for control of the Kurils, but Moscow made its fast move at the end of the World War II and took complete control of the island chain. Tokyo refused to recognise this claim, which has prevented the two countries from ever signing a peace treaty.

Last November, at a southeast Asia summit, the Russian President and the Japanese prime minister have agreed to renew negotiations on the basis of a Soviet initiative to return two of the islands in exchange for a peace treaty. Tuesday will be an important day for Russian-Japanese relations, their leaders will meet again in Kremlin.

The Russian foreign minister Sergei Lavrov commented on the upcoming talks: “We’ve brought the attention of our friends from Japan to the fact that the questions of sovereignty over the islands are not being discussed. It is the Russian Federation’s territory,” said Mr Lavrov and added that is Russia’s basic position, and without a step in this direction it is “very hard to expect progress on other issues.”