Coca-Cola pauses production at some plants due to CO2 shortage 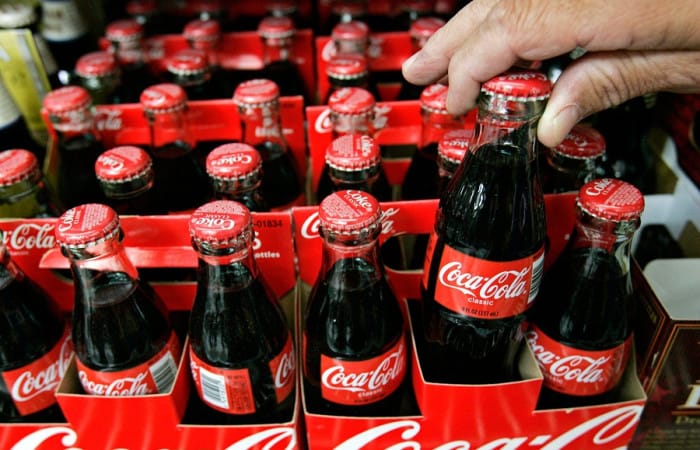 Coca-Cola confirmed that they had “paused” some of their production lines due to lack of CO2. Other famous brands like Amstel, Kronenbourg and John Smiths also suffer some availability problems, BBC reported on Tuesday.

According to Coca-Cola, there has been “no disruption to supply to date” but there are reports that the CO2 shortage is affecting deliveries of frozen foods, which are kept cool by dry ice, which is made by compressing carbon dioxide. The most vulnerable companies are mostly from the “farm-to-fork supply chain”, the experts said.

“We are currently responding to an industry-wide issue that is impacting the supply of CO₂ in the UK. Our focus is on limiting the effect this may have on the availability of our products. During this time we temporarily paused some of our production lines for short periods, however there has been no disruption to supply to date and we are continuing to fulfil orders to our customers,”

The problems are elsewhere in the industry, other companies are now using less of the gas in packaging which is having an impact on the shelf life of some products. CO2 is the only gas that used to use in the supermarkets and meat producers. On Monday, a major supermarket, Scotland’s biggest pork producer and Britain’s best known soft drink manufacturer are the latest to tell us about problems caused by a shortage of CO2.

The meat and poultry sectors are also reporting problems. Scotland’s biggest pork producer, QPP at Brechin, says it only has 24 hours of CO2 supply left. It is working on a contingency plan to move production to Greater Manchester.

The unexpected shortage of the common-used industrial gas caused a confusion among the different retailers, Morrisons supermarket has suspended online deliveries of some frozen foods due to a lack of dry ice, which is made using CO2, while Ocado has already had to stop delivery of frozen foods.

There were several warnings last week, leaders of the UK’s food and drinks industry warned the crisis was so serious it could harm production and asked the government to prepare to prioritise supplies.