Cockroaches could soon be resistant to the pesticides 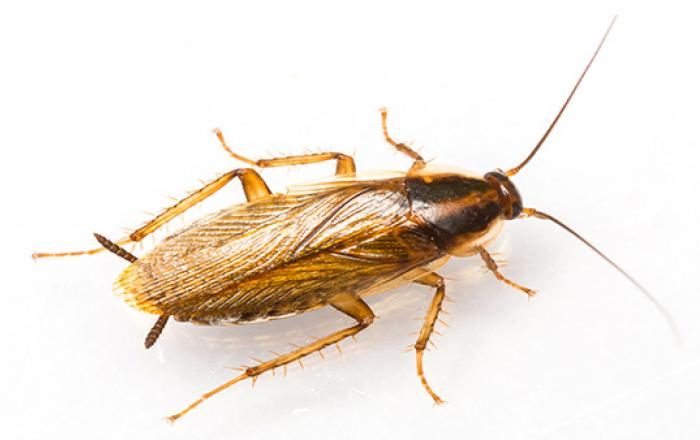 The German cockroach is an insect, which is very hard to get rid of, the recent study by Purdue University reveals. Year to year, that kind of cockroaches becomes more resistant to the pesticides and insecticides, in other words, a quickly growing immune to the best insecticides will make them soon immortal.

The German species of roaches Blattella germanica is known as German cockroach. The recent study led by Michael Scharf revealed that insects developing resistance to multiple classes of insecticides at once will make controlling these pests almost impossible with chemicals alone.

Infamous for having survived a mass extinction that wiped out dinosaurs, cockroaches are once again proving their resilience in the face of man’s arms race against the pest. Cockroaches bring noting good to home, these insects are carriers of harmful bacteria, including E. coli and Salmonella, which could trigger asthma in children.

The study published last week found that cockroach offspring were immune to pesticides they had never encountered before. The fast changing of the genetic code makes cockroaches invincible in any battle with the chemicals. Thus, female cockroaches have a three-month reproductive cycle where they can produce up to 50 offspring, making it easy to pass on the resistant gene.

According to Scharf, the scientists tested three different types of insecticide treatments on cockroach populations in the United States, over a six-month period. Even with a mixture of insecticides deployed, the numbers of pests kept growing.

Appearing on earth 300 million years before mankind, and rumoured to survive a nuclear catastrophe, cockroaches are clearly not planning on departing any time soon.

The study outlines that this resistance will especially affect urban areas and low-income residents, where antidotes to combat the roaches are not as affordable.

“Some of these methods are more expensive than using only insecticides, but if those insecticides aren’t going to control or eliminate a population, you’re just throwing money away,” Michael Scharf said.