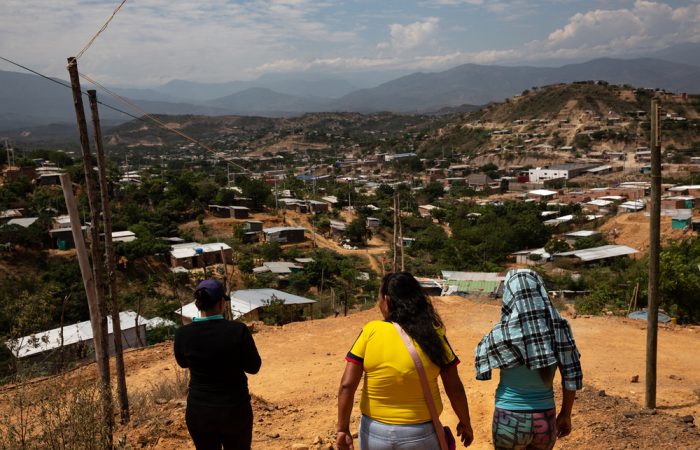 The Colombian government announced on Thursday extension of the nationwide quarantine. The measure aimed at controlling the pace of the coronavirus spreading until July 1, Reuters reported quoting Bogota Mayor Claudia Lopez.

Despite the extension of the lockdown, thousands of businesses have begun to reopen in Colombia. According to the government, the Andean country got new safety protocols and reduced health staff, as a lockdown in place since late March was due to lift at the end of May.

as of Thursday afternoon, Colombia has reported more than 25,300 COVID-19 cases and 882 deaths. The rate of new cases reported daily continues to rise, with the 1,268 confirmed new cases on May 27, the biggest daily surge so far.

On Thursday, under the government-mandated extension, the certain business relaunching will continue. For instance, hairdressers and barbers are among the businesses allowed to reopen, along with museums and libraries, at the discretion of local mayors.

With extending the quarantine, the traditional restrictions will remain in place. Public transit between municipalities and domestic flights will remain barred and in many regions, people are required to stay at home.

Bogota Mayor Claudia Lopez had already laid out plans to extend movement restrictions in the capital until at least June 15. So far, Bogota accounts for more than 8,500 of the country’s reported infections.

“We have agreed with the health ministry to follow these recommendations in Bogota for the next two weeks,” Bogota Mayor Claudia Lopez wrote on Twitter on Thursday.

She promised to give more details in a press conference on Saturday, the mayor said, adding the measures would be evaluated after June 15.

Amid coronavirus outbreak, Colombia has suspended all international flights until at least Aug. 31. The government has said they are apparently to resume in September.

A dozen areas of Bogota with high infection rates have already been placed under special restrictions that include preventing residents from outdoor exercise.