Colombia: FARC rebels come out of the jungle to jump into politics

Colombia lives in a new era, with no civilian war. The Revolutionary Armed Forces of Colombia, or FARC, has reached a peace deal with the government. So, FARC rebels come out of the jungle to jump into politics, now they preparing themselves to the voting on Oct. 2.

Colombian peaceful agreement between the government and FARC should be approved by voters on Oct. 2, that could bring an end to the half-a-century armed insurgency in the Latin America. The appearance of guerillas from jungle looks sometimes strange. 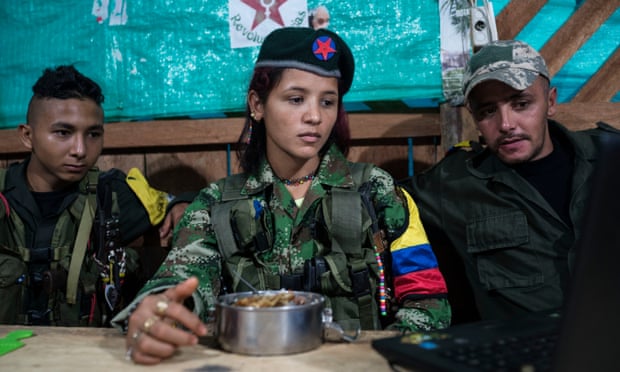 ‘Unarmed, we are nothing’: Farc guerrillas wary of future without guns

To prepare, FARC leaders gathered 200 guerrillas “delegates” for a six-day conference, during this event should be discussed the accords and smooth transition of the FARC rebels to electoral politics in Columbia. The peace agreements commit the Colombian government to dedicating more money and attention to rural development, but FARC and its revolutionary doctrine are not applicable to such a peacebuilding strategy.