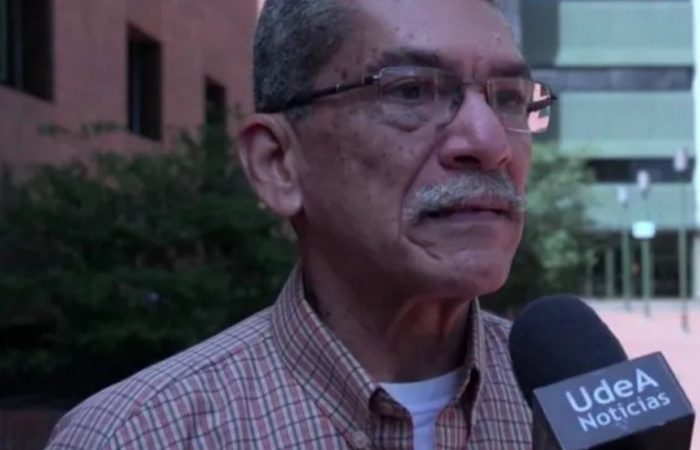 Campo Elias Galindo, a renowned historian and activist, was murdered in Medellin, Colombia. His death caused the stir because Galindo served as a member of the Colombia Humana coordinator in this city.

Campo Elias Galindo’s lifeless body was found in his home by his daughter who immediately gave a call to the local authorities. According to the preliminary information, the historian had been stabbed.

Although the Medellin authorities hadn’t said anything about the cause of death, relatives and acquaintances of the historian said through social networks that Galindo had been brutally murdered.

Over the years, Galindo worked as a professor at the National University of Colombia in Medellin, he was a Master in Urban Planning at the same institution.

Daniel Quintero, mayor of Medellin, joined the voices of rejection and sadness over the death of the teacher. “There will be justice: Police and the Prosecutor’s Office are working to capture those responsible.”

Medellin remains the odious place where the violence rate is still high. Commenting on the death of the historian and activist, senator Gustavo Petro, leader of the Colombia Humana movement, said the investigation into the murder of Campo Elias must be carried out by an independent judicial commission, with national and international experts.

«We ask the Superior Council of the Judiciary to promote this mechanism in accordance with the Minnesota Protocol,” he wrote on Twitter.