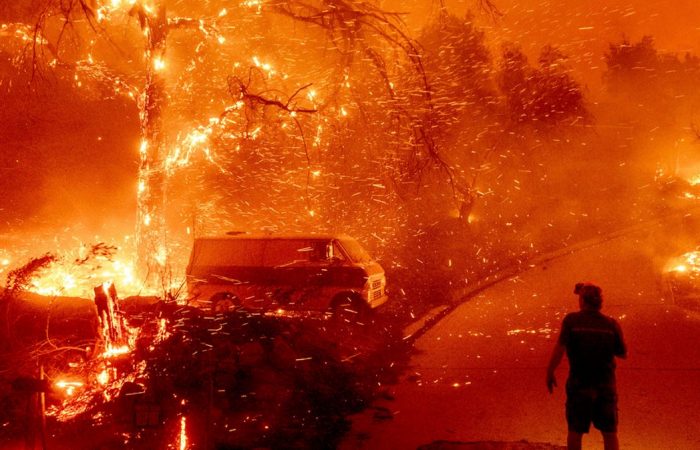 The two towns in the US state of Colorado suffer from a fierce, wind-driven wildfire, according to the National Weather Service. A towering plume of smoke from the wildfire was visible in Denver, about 32 kilometres to the south. Wind gusts of up to 177 kilometres an hour were reported in Boulder.

“All Superior under an Evacuation ORDER. LEAVE NOW!” the National Weather Service office in Boulder tweeted

Evacuation orders were issued on Thursday, the Boulder County emergency management office said on Twitter. Within hours, the blaze had swept an estimated 650 hectares and destroyed hundreds of homes, Pelle added. Over two days, 370 homes went up in flames west of Superior, and that 210 dwellings were lost in the Old Town area of Superior.

Governor Jared Polis said flames were consuming areas the size of football fields in a matter of seconds, calling the conflagration “a force of nature”.

Mr Pelle said gale-force winds made it impossible to halt the fire’s rapid advance. Fire and emergency personnel were “essentially running before this just trying to get people out of the way. That’s all you can do,” he said.

He said tens of thousands of area residents were under evacuation orders. The sheriff said he had no reports of deaths or people missing.

Wind speeds were forecast to drop on Friday, which would enable firefighters to get before the flames and for water-dropping helicopters and aircraft tankers to be deployed, authorities said.

The fire on the outskirts of the Denver metropolitan area, left bone dry from an extreme drought gripping eastern Colorado, follows several days of heavy snow in the Rocky Mountains to the West.

Snow is forecast for Denver and eastern Colorado on Friday.