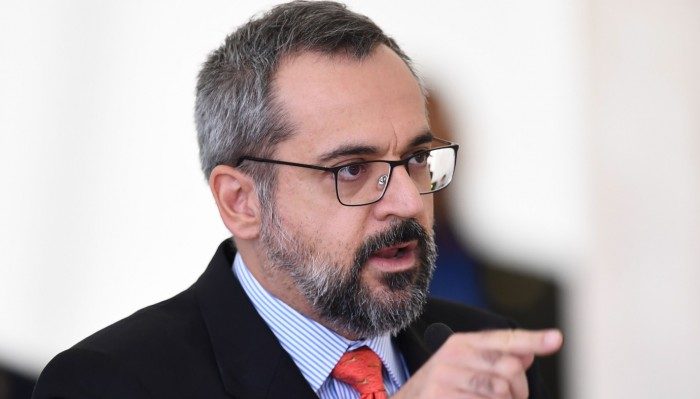 The Chinese ambassador to Brazil tweeted that his government expects an official explanation of the words said by Abraham Weintraub, the far-right education minister, during his recent interview with Radio Bandeirantes. Earlier, the Brazilian official suggested COVID-19 is part of a plan in Beijing for “world domination”.

China is furious after a minister in Brazil allowed himself to accuse China of the spreading coronavirus. In fact, the Brazilian’s expression wasn’t too diplomatic, and now, the embassies of the two nations are waiting for an easing the situation.

“Geopolitically, who will come out stronger from this global crisis? Who in Brazil is allied with this infallible plan for world domination?” Abraham Weintraub wrote on Twitter.

Reportedly, the tweet was seemingly composed to mock the Chinese accent, explaining: “In the original Portuguese, his tweet substituted the letter ‘r’ with capital ‘L’ – ‘BLazil’ instead of ‘Brazil,’ for example,” suppose the experts.

However, China’s embassy in Brazil condemned Weintraub’s tweet as “absurd and despicable”, also tagging it as “highly racist”. As The Week reports, ambassador Yang Wanming tweeted that “the Chinese government expects an official explanation”.

Later, speaking to Radio Bandeirantes, Weintraub said he stands by his tweet, adding: “If they [China] sell us 1,000 ventilators, I’ll get down on my knees in front of the embassy, apologise and say I was an idiot”.

However, he went on to be less compromising about Beijing.

“When the crisis erupted, instead of alerting the world, they withheld information and rushed to build respirators, which they’re now selling to a world that’s desperate for them,” he told the station.

Brazil and China still cooperate in fighting against COVID-19

Generally, relations between the two nations have been tense in recent months. President Jair Bolsonaro’s son Eduardo, a federal lawmaker, has attacked the Beijing “dictatorship” for its handling of the epidemic.

Despite that, Brazil is still trying to source more medical equipment from China to deal with COVID-19. Health minister said that Brazil had to turn to several countries for supplies.

“The first country said no, the second said no, and we were worried. At the end of the afternoon yesterday, the fifth country [Brazil] agreed and will deliver in 30 days. It is a very large purchase, enough for more than 60 days,” Luiz Henrique Mandetta confirmed to Reuters.

Last week, he tweeted about the “Chinese virus”, prompting China’s consul general in Rio de Janeiro, Li Yang, to ask: “Are you really that naive and ignorant?”