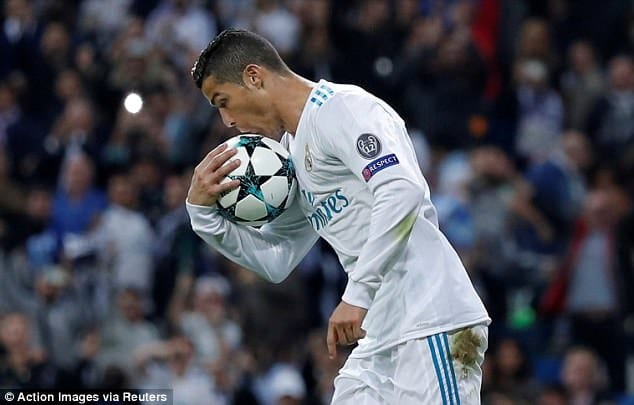 Cristiano Ronaldo topped the list of the richest sports personality on the planet. The latest Forbes’ Rich List put the Portuguese footballer in the first place, Ronaldo earned £70million in the last year.

The Real Madrid bombardier has earned an incredible amount in the recent twelve months, Cristiano could make £70 mln in the last year, that makes him an absolute champion in the Forbes 10 Richest Athletes game.

The football player Cristiano Ronaldo spent a wonderful year, the most prominent even was his double fatherhood to the adorable twins, of course. Another great news was a picking up another Champions League medal as well as becoming the inaugural winner of The Best FIFA Men’s Player award.

Now, the Portuguese star is only £1m short of being the most wealthy celebrity on the continent, an author JK Rowling with her Potteriane and other novels and royalties could earn £71m in that same period.

Cristiano Ronaldo has a wonderful company: in the fresh Forbes list, the second place belongs to Lionel Messi, the third position filled by the tennis legend Roger Federer. The figures are calculated before taxes and fees are taken into account, with Forbes estimating the total worth.

For Cristiano Ronaldo, 2017 was extremely complex and interesting year, the athlete’s life has changed, and his family became bigger. In fact, Cristiano is happy, that’s the main achievement. This week, the handsome forward was pictured in a snap of Georgina Rodriguez’s on Instagram titled