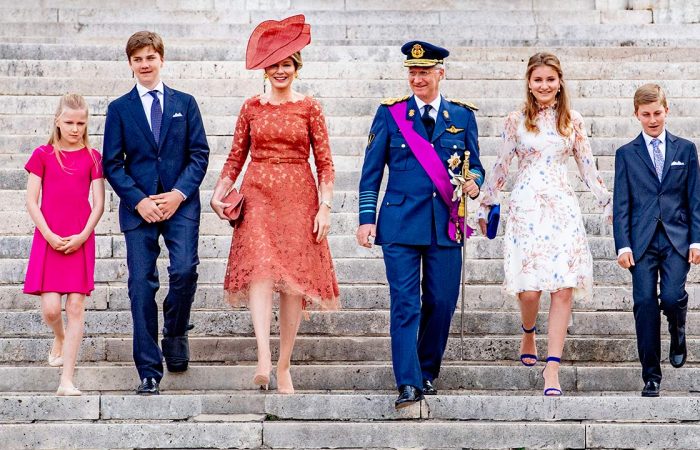 The 18-year-old royal is set to embark on a brand new chapter in her life, the Palace confirmed. The future queen, who celebrated her 18th birthday in October, will begin at the Royal Military Academy in Belgium in the autumn.

For her father, King Philippe, who attended the facility from 1978 to 1981, that news became really great. As monarch believes, the future queen will definitely emerge from the academy with an in-depth understanding of her country’s military powers.

The Royal Military Academy is the military university in Belgium, and is responsible for the education of officers in the four components of Belgian defence; Army, Air Force, Navy and Medical.

The 18-year-old heiress of Belgian throne has previously studied at UWC Atlantic College in Wales, returning to Belgium in March ahead of lockdown. The king and queen’s eldest child was accepted into the sixth form college in March 2018.

Two years ago, the Palace announced that the eldest daughter had passed the entrance exam and would complete her Internationale Baccalauréat in Wales in 2020.

Elisabeth is not the first female cadet of the Military Academy, in fact. Famous alumni include King Willem-Alexander of the Netherlands and Princess Raiyah bint Al Hussein. The Queen, meanwhile, is a current president of the college alongside Queen Noor of Jordan. The world-famous human right activist Nelson Mandela also served as a president until his death in 2013.

Elisabeth turned 18th last October, the Belgian princess held a party at the Royal Palace in Brussels alongside relatives, politicians and 80 teenagers who share her 2001 birth year. «These 18 years have been filled with many rewarding moments that have made me the person I am today,» the Crown Princess said in a televised speech.

«My family has always been there to support and encourage me. Together we are a strong team,» Elisabeth said in honour of younger siblings Gabriel, 16, Emmanuel, 14, and Eléonore, 12.