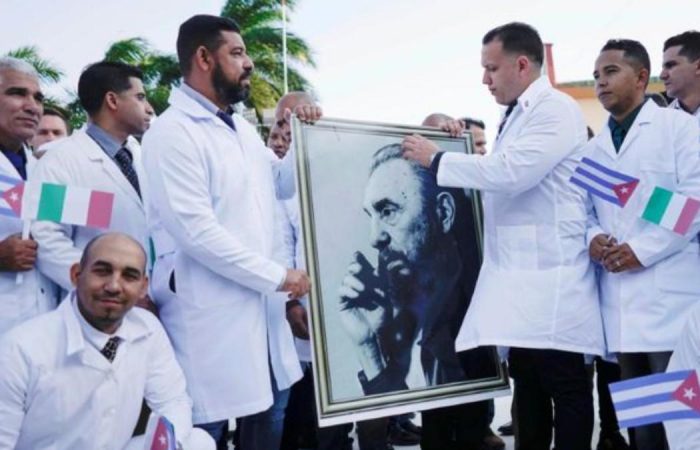 Cuban medical brigade composed of 52 doctors has demonstrated impressive results. One out of three of their patients with coronavirus in Lombardy have already recovered and been discharged.

While Italy health ministry has reported on scaling down the death cases, the Cuban doctors also showed good results. Those 52 doctors who arrived Lombardy, the most-infected region on March 26, are ready to report that 12 of the 36 locals affected by the COVID-19 have already recovered.

The head of the Cuban medical brigade in Italian territory explained that his team received 16 cases on the first day of work. These patients came from the Intensive Care Unit of the Crema Hospital in the Lombardy region, said Dr Carlos Pérez Díaz.

According to his statement to the Cuban press, the medical brigade, as of April 3, had served 428 people. Of those infected with COVID-19, 5 were transferred to intensive care at the hospital. Only one of those infected died.

«One out of three patients treated by Cubans in Lombardy has already been discharged,» the Cuban doctor said.

The Cuban medical mission intends to fulfil the task of saving lives, a mission that the Cuban doctors demonstrated to «the high degree of morale, firm, and willing.» Although, Dr Carlos Pérez Díaz stressed that the rigorous biosecurity measures are taken to «all return and return well» to Cuba.

Italy’s government is enormously grateful Cuba for its timely and professional help. The Cuban medical brigade, composed of 52 doctors, arrived in Lombardy, Italy, on March 26.

This brigade is some kind of special medical forces, it is a part of the Cuban Health Contingent «Henry Reeve» for the attention of disasters and serious epidemics.

Amid the epidemic of coronavirus, the Cuban medical contingent currently has brigades deployed in 15 countries in Latin America and the Caribbean and Europe that have requested Cuban assistance to deal with the novel virus pandemic, with a total of 600 health professionals.