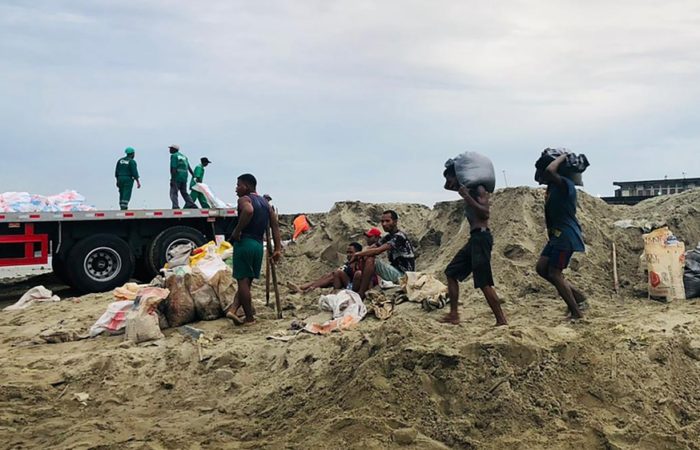 Madagaskar’s authorities reported on Cyclone Batsirai that killed at least 10 people when it struck the island overnight. As the national disaster management agency said, the natural disaster has displaced nearly 48,000 people.

Madagascar, the poor Indian Ocean island nation, has faced a cyclone, which is still reeling from a deadly tropical storm. As of Monday morning hours, parts of the country were lashed with heavy rains and wind before the cyclone made landfall in Mananjary.

The rain will cause flooding across parts of the country, Madagascar’s meteorological office said on Sunday. Commenting on the consequences of the national disaster, the authorities say that Batsirai made landfall late Saturday as an “intense tropical cyclone”.

The national meteorological office, which had warned of “significant and widespread damage,” said on Sunday that Batsirai had weakened. An average speed of a cyclone was 165 kilometres per hour, the experts said. According to the local disaster management authority, 10 people dead, while thousands missed.

On Sunday night, the cyclone’s average wind speed had almost halved to 80 kmh, while the strongest gusts had scaled back to 110 kmh from the 235 kmh recorded when it made landfall, Meteor Madagascar said.

The UN humanitarian aid agency, World Food Program, citing estimates from local authorities, said around 595,000 people could be directly affected by Batsirai, and 150,000 more might be displaced because of new landslides and flooding.

Southern parts of Madagascar are reeling from the worst drought in four decades.