Cyprus peace deal is very close, said today the UN Secretary-General Antonio Guterres. However, he warned that the process of a reunifying Cyprus is not a ‘quick fix’. The goal of the peace deal is the two sides to share power in a two-state federation and the UN says it is the best chance to reunify the island.

The goal of the UN peace deal is to reunify Cyprus, this island is divided by the UN buffer zone since 1974. Since then, a couple of generations of the Greek- and Turkish-Cypriot communities have been raised.

The peace talks in Geneva demonstrated a modest optimism in the issue of the reunifying the island, the UN SG said after talks that a settlement was within reach if the ‘instruments’ were there to implement it.

For the first time, the two sides of the conflict exchanged maps setting out proposals for new boundaries inside the Cyprus. As the UN chief stressed, such co-operation was hailed as an important advance towards a peace deal. 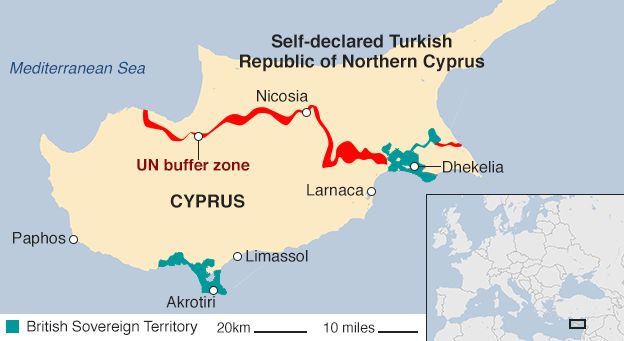 The UN secretary-General noted in his speech after Geneva talks:

“We are coming very close to what is the settlement. You cannot expect miracles… we are not looking for a quick fix.”

The peace talks have some stumbling blocks, among them is the issue of the personal property of the tens of thousands of Cypriots. In 1974, they have to leave their homes, and now, these properties should be returned to them back. Another sensitive question is the presence of any Turkish soldier in northern Cyprus after reunification. As for today, Turkey has 30,000 troops stationed in the north of Cyprus.