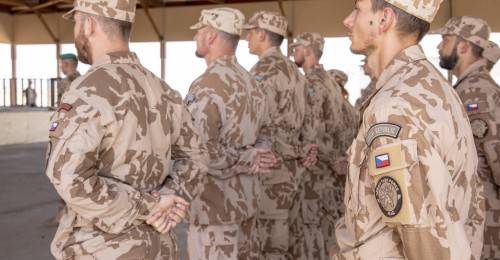 Five police officers will move back to the Czech Republic while army troops are staying in Iraq.

Due to the interruption of training and limited operation in Iraq, five police officers were sent back home. Although the Czech police decided to leave the country now, the army is staying.

The police officers are part of the NATO training mission in Iraq, Czech Police President Jan Švejdar announced. However, the EU country plans to return once the mission resumes normal operations.

“Due to the interruption of training and limited operation of the Baghdad training center, the Czech police officers will move back to the Czech Republic. At the moment of resumption of standard activity, they will return to Iraq,” said Švejdar.

Meanwhile, forty Czech soldiers operating in Iraq, however, will not return to their homeland. On Friday, the Czech State Security Council discussed the situation in the region but preferred not to change Tuesday’s decision to stay.

As Czech prime minister Andrej Babis said, the government doesn’t see any «immediate threat». Foreign Minister Tomáš Petříček voiced his support, saying that the situation in the Middle East is going to settle down soon.

Since last Friday, the security situation in Iraq escalated after attacks on allied troops followed the killing of Iranian General. Qassem Soleimani was targeted with a US drone attack at Baghdad Airport on Jan. 3.

Meanwhile, the Hungarian Armed Forces are constantly assessing the situation in the operations theatre, Defense Minister Tibor Benko said. the troops prepared to react immediately should the need arise. The minister added on Wednesday that for now, Hungary has suspended its training mission in Iraq, but is performing its other duties.

Trump-Xi meeting at G20 revives hope for a trade truce