Danish foreign fighters tell why they are fighting for jihad 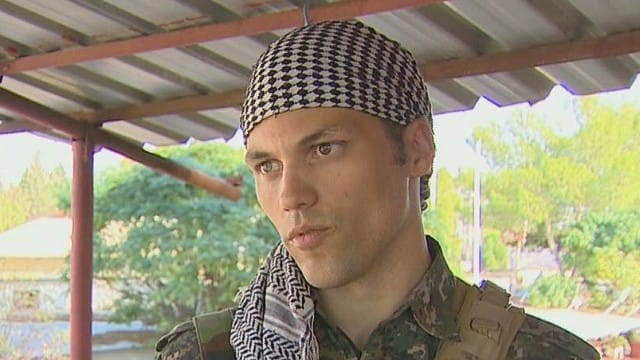 A scientist from the Danish Institute for International Studies has followed the nature of an impulse, which made six Danish to become the ISIS fighters. As the ScienceNordic reported, the researcher in international security tried to find the reasons that make people to convert into Muslim and to go to the Middle East fight for jihad.

the European society faced another phenomenon, so, journalists and academics were taken aback by that – why would young men who were born or brought up in the Danish welfare state made such an unexpected illogical step like the violent scenes of a far-removed conflict? A conflict, which has no common ground for them at all.

Only half of the six foreign fighters PhD Maja Touzari Greenwood follow have criminal backgrounds; many have led rather unremarkable and ‘straight’ lives before going. They are enrolled in education or hold stable jobs. Their frustrations were more indirect, yet a very real presence in their lives prior to going to fight for jihad.

These foreign fighters appear to come from all strata of society and represent a broad spectrum – from young idealist to pious Salafi-jihadists or hardened criminals. Some sought a completely new life-fighting jihad, while others went for the duration of their semester holiday.

Upon return, Danish foreign fighters were shunned by their native society

So far, debates on these questions have evolved around whether its ‘root cause’ is a religious or ideological radicalisation or the consequences of socio-economic marginalisation. Many recent studies consider both factors, which appear to bite each other’s tail.

In fact, to become a foreign fighter for ISIS was a moral struggle for all six Danish young men, where they were the ‘good guys’.  The bitter thing for them happened upon their return from the Middle East. They were not received as returning heroes by their families or communities, where marriage opportunities quickly can narrow for a stranger. For their native country, there were common mercenaries with no link to the heroism or glory.

In addition, upon return, Danish foreign fighters were shunned and excluded from marriage opportunities or the local mosque. Yet, giving in to social judgment would for some mean giving up the only thing they ever felt proud about. According to the study, they cling to their view of having fought a moral fight and condemn the rest as hypocrites, separating them further from the social fabric they were already struggling to find their place in.