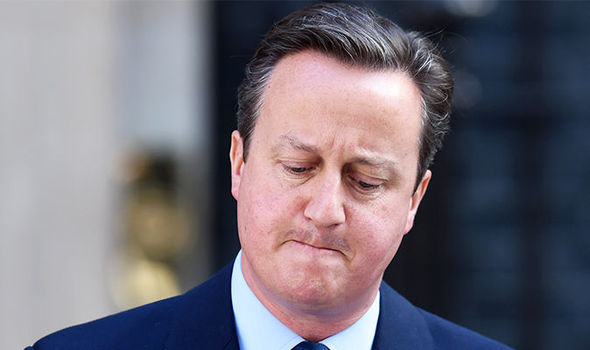 One thing that really turns me off mainstream politics is the utter phoniness of the presentation. The way politicians move their hands like they’ve just been to a body language class, the way they adopt a special public voice instead of just speaking like a human, the way everything from their casual dad jeans to their shirt and tie with the sleeves rolled up, is carefully chosen for the occasion at hand. «We need to make them think you’re one of the people Mr. Cameron, so today you’re going to wear a blue sweater instead of a suit.» And they all end up wearing a blue sweater.

It’s gross and if any of the PR experts micromanaging these robots had any sense whatsoever, they’d realise that if they really want to win a true majority they need to do the exact opposite of what they’re doing now. You know, get them to be normal.

Yet what turns me off mainstream politics the most is the lying. Earlier this week at the Conservative Party Conference, Prime Minister Cameron once again used the discredited «Jeremy Corbyn thinks Bin Laden’s death was a tragedy» quote. He also turned it in to a laughable little rant that elicited applause from the lobotomised audience.

Thousands of words have been written about the new Labour leader, but you only really need to know one thing. He thinks the death of Osama Bin Laden was a tragedy.

NO! A tragedy is nearly 3,000 people murdered one morning in New York. A tragedy is the mums and dads who never came home from work that day. A tragedy is people jumping from the towers after the planes hit.

My friends, we cannot let that man inflict his security threatening, terrorist sympathising, Britain hating ideology on this country we love!

I personally think it’s a tragedy anyone would be dumb enough to truly believe that a British politician could have the capacity and lack of sense to publicly mourn the death of the biggest terrorist bogeyman in history. It just wouldn’t happen in that context. This isn’t Anjem Choudary we’re talking about. It’s not even George Galloway, who at a cursory glance you might be fooled in to thinking is an extremist supporter. This is a white bearded old guy from Chippenham who has been elected MP of Islington North seven times since the early 80s. How could any politician in that context be warped enough to be on Bin Laden’s side, let alone be stupid enough to proclaim it to the world?

Oh yeah, because it’s not true and Cameron knows that!

It’s much easier to lie about your political opponents than to actually engage them on a level playing field, and all Cameron is proving is that he thinks Corbyn is a threat. Not to national security but to his own power.

So what did Corbyn actually say about the alleged killing of Osama Bin Laden at the hands of US Seal Team 6 in Pakistan?

Can’t we learn some lessons from this? Are we just going to descend deeper and deeper…

On one hand we have a Prime Minister who is willing to lie to the public to smear his political opponent, and on the other we have a politician who believes that it would have made more sense to bring Bin Laden in, present the evidence and try him for his alleged crimes.

On the one hand we have a Prime Minister who sanctioned the NATO bombing of Libya and welcomed the death of Muammar Gaddafi, which allowed Islamic terrorists groups like ISIS to flourish in the region. And on the other hand we have a politician who warned that the assassination of Gaddafi would make the situation worse.

I’m not one for mainstream politics, but I know which of the two is «security threatening, terrorist sympathising and Britain hating» and it’s not Jeremy Corbyn.

Other comments made by Corbyn about the Bin Laden raid are also worthy of mention because they demonstrate a huge flaw in American and UK foreign policy — the tendency to assert truths and act on those assertions instead of proving them and seeking a democratic solution. Or in layman’s terms, doing whatever they want without justification or repercussions.

The President has to explain why he’s not confirming evidence of the death, why the burial at sea if there was indeed a burial at sea, and if it was Bin Laden. Because Bin Laden may well have been dead a year or two for all we know … Either Bin Laden wasn’t there, therefore there has to be a story, or the pictures are very gory, or they show something else such as that he was unarmed and was shot, as may well be.

This is not about the so called left having some kind of sympathy for terrorists or wanting to protect them. It’s about wanting to know the truth about what western governments are actually doing and why. We can’t really have an opinion about Bin Laden’s killing, because the Obama administration have been so secretive about it. We don’t really know if it was a killing at all. We don’t really know if there’s enough evidence to convict Bin Laden of half the crimes he’s accused of committing. That’s why it’s so important to have an open and honest trial, where truth can be established and then conclusions can be made — instead of dumping the suspect in the sea in the most suspicious way possible.

Perhaps the saving grace of Cameron’s propaganda is that conscientious people will actually track down Corbyn’s full conversation with Press TV and come to the realisation that David Cameron is a national embarrassment and Corbyn might be worth paying some attention to.