Finland agrees to join NATO without Sweden
A fire broke out in the Turkish port of Iskenderun.
The UN Secretary General called on the nuclear powers to renounce the use of nuclear weapons.
The total death toll due to the earthquake in Turkey was 76 people.
Palestine expects independence from nine countries in 2023.
Erdogan said that the departments began to eliminate the consequences of the earthquake.
Poland will build an electronic barrier on the border with the Kaliningrad region.
Israel stated that the air raid was not caused by rocket fire.
The leader of the Turkish nationalists commented on the photo with the flag on the US destroyer.
Five people were injured in an explosion in Pakistan.
Our choice
Two people have been arrested in the United States on suspicion of mass murder.
53521 0
According to the latest information, the United States offered Ukraine to give Russia 20% of the territory in exchange for peace
46719 0
The Brazilian Navy sank its only aircraft carrier, the Sao Paulo.
40096 0
The Austrian Ministry of Defense commented on the decision to help Ukraine.
37411 0
Thousands of Israelis took to the streets in Tel Aviv to rally against legal reform.
35263 0
Zelensky’s office called for 350-450 tanks to be delivered to Ukraine.
34189 0 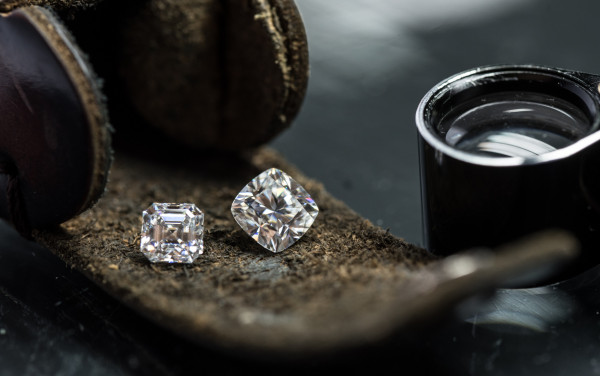 De Beers faced the consequences of COVID-19, the diamond company’s buyers have to stay in Botswana whose authorities announced a temporary travel ban for guests from eighteen countries. The blacklist includes Belgium, India and China, which are home to many of the leading diamond dealers.

The diamond industry is already grappling with a prolonged crisis caused by coronavirus outbreak, Bloomberg reports. De Beers diamond producer now suffers from another headache: the diamond sales should be regulated now with another set of rules. But how the business will be run smoothly if key customers are blocked from travelling?

For De Beers, Botswana is a strategic partner. The African country is the second-biggest diamond producer (after Russia), but its role in the global industry is amplified by its relationship with De Beers. The one-time monopoly sorts and sells all its stones in the country, including those mined elsewhere.

Traditionally, Botswana and De Beers conduct 10 deals each year, however, the most recent buying was clouded by the coronavirus. On Monday, the Botswana government has announced a travel ban on 18 high-risk states as part of an array of measures to protect itself from the COVID-19 epidemic. Among the suspicious nations are Belgium, India and China, the biggest buyers.

At the diamond sales, known as “sights,” representatives from De Beers’s 80-odd customers fly to Botswana for about a week, where they inspect and purchase stones. The next sale is scheduled to start on March 30.

“Our intention remains to hold the sight, in line with the desire for it go ahead expressed by customers, but we are developing a suite of contingency plans in the event that it is not possible to hold the sight in the usual manner,” De Beers said in a statement.

De Beers could look at options such as holding a “blind” sight, where buyers don’t get to look at the goods they’re purchasing. De Beers customers could also send local staff to the sale, as many have representatives in either Botswana or South Africa.

So far, COVID-19 epidemic just intensified the trouble degree for De Beers and the whole diamond industry. It already reeling from a disastrous 2019 but coronavirus restrictions have complicated the business control.

As the annual report shows, De Beers made its smallest profit in more than a decade last year after a glut of rough and polished stones destroyed margins for the industry’s crucial middlemen who cut, polish and trade them.