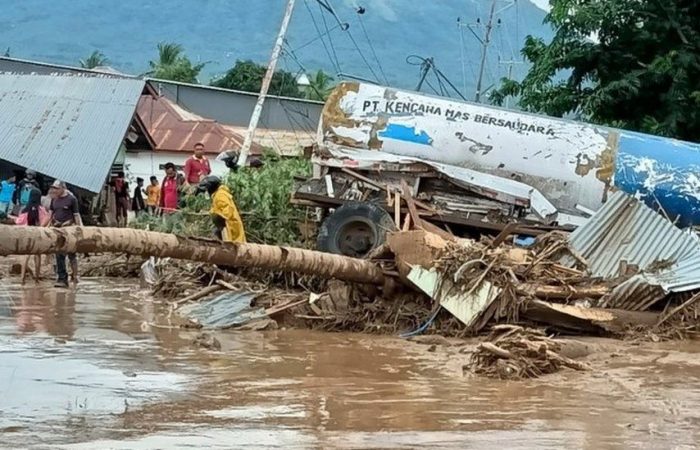 Authorities in Indonesia and neighbouring micronation East Timor have confirmed early Monday that small communities turned into wastelands of mud and uprooted trees due to cyclone. Over 75 people have died and dozens are still missing after flash floods and landslides.

The torrential rain caused the deluge and subsequent landslides, the situation deteriorated hour by hour, sending thousands fleeing into shelters. On Monday, the dams overflowed and homes were submerged. Extreme weather has made it difficult for rescue workers to reach trapped survivors.

“There are 55 dead, but this number is very dynamic and will definitely change, while some 42 people are still missing,” Indonesia disaster management agency spokesperson Raditya Jati told broadcaster MetroTV.