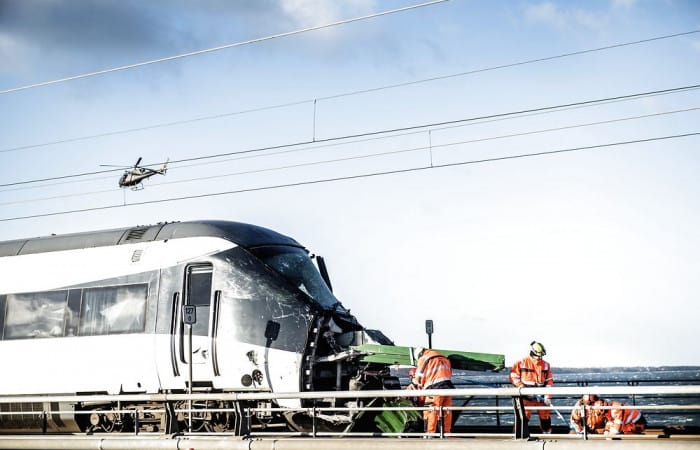 The police have started an investigation of the tragedy, which took eight lives, five women and three men have been killed in a train accident on Denmark’s Great Belt Fixed Link. Early in the morning, the police have refreshed the death toll, which has risen from six to eight.

On Wednesday, a truck trailer appeared to blow off a cargo train in strong winds and hit a passenger train travelling eastwards on the box-girder bridge section of the fixed link between the islands of Funen and Zealand, where Danish capital is located. According to the chief of Funen Police, the official investigations during the night have unfortunately shown that a further two people were killed on the train.

The tragedy occurred just after 7:30 am on Wednesday, the fatal incident resulted in 16 people who were hurt, but none of them suffered life-threatening injuries.

Investigators said on Wednesday the passenger train appeared to have struck an empty truck trailer that had blown off a cargo train travelling in the opposite direction on a different track. The local police said the debris could be seen lying across the front of the passenger train.

The cause of the trailer falling off on Danish Great Belt Bridge is still unclear, the investigation is underway, said Copenhagen police.