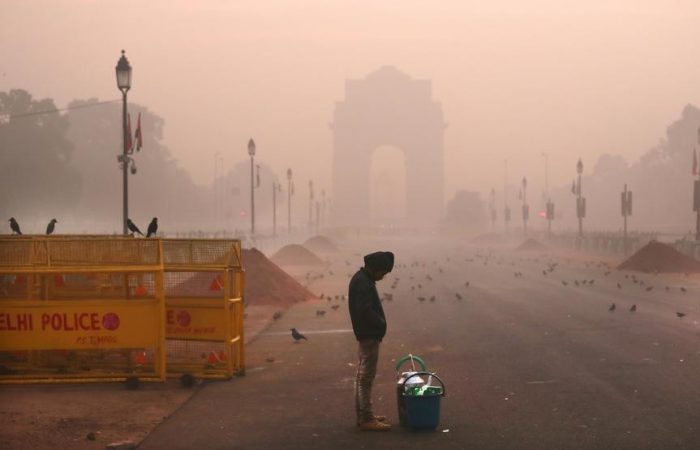 Delhi’s air quality continued to be in the “very poor” category, Financial Express reports quoting the local Meteorological department. Despite the heavy smog, the magistrate allowed schools to reopen on Wednesday.

In Delhi, the air quality index (AQI) was recorded at 324 on Tuesday morning while last night it was at 309. Despite such decreasing, the national capital’s AQI is still on the mark ‘very poor’, and people still suffering from pollution.

In Delhi, the Meteorological Department forecast a partly cloudy sky with possibility of very light rain, only thundershowers towards the evening today. The temperatures diapason on Wednesday varies from 18 to 31 degrees.

While smog is still covering Delhi, the local police try to decrease the number of cars on the roads. the even-odd scheme was launched on November 4 till 15th. On Tuesday, 562 challans were issued for violation of this temporary rule.

On November 4, the first day of the odd-even implementation, 271 challans were issued.

Delhi Deputy Chief Minister Manish Sisodia claimed that the number of challans issued went up yesterday as many were let off with a warning on the first day of the odd-even rule.

Two factories in Muzaffarnagar, Uttar Pradesh have been fined a total of Rs 1.2 lakh for allegedly not using anti-pollution equipment, officials said.

These units were not found using anti-pollution equipment during the checking conducted by a team of the pollution department, the officials added.