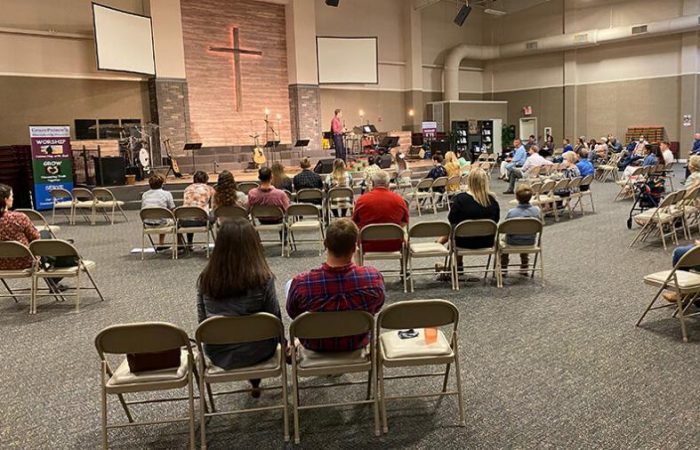 Denmark has reached an impressive milestone when every sixth of ten residents is fully vaccinated against the COVID-19. Thus, the EU country announced it is ready to say goodbye to the social distance in public places.

The Danish Health Authority’s statement reads that over 60 percent of Danish residents are now fully vaccinated against the coronavirus. That achievement makes it possible to remove the requirement, which in practice means that there needs to be an empty seat between groups in churches, cinemas, and other institutions.

“We have now reached a situation where we have good control of the infection in the community because so many people have accepted the offer to get vaccinated, which means we can adapt the prevention recommendations so that you can all maintain a normal everyday life while we continue to prevent infection,” Helene Bilsted Probst, the authority’s deputy director said.

From Saturday, Denmark scrapes its one-metre distance requirement, meaning, among other things, that cinemas and churches can fill their seats and pews. As The Local Denmark has learned, the recommendation has been for at least one metres’ distance between people in public spaces, and two if possible.

Commenting on the DHA’s statement, the culture ministry confirmed that the change meant the end of the pandemic area. From August 14th, there will no longer be a requirement for a certain distance between the people. over a year, Danes used to be at least two square metres per person in any public room where spectators, visitors, or users gather, or for big events with standing audiences where spectators are separated into sections.

There will also no longer need to be at least one metre or one empty seat between each seated spectator for indoor cultural and sporting events with seated audiences.

Denmark’s church ministry reiterated that the change meant that groups would no longer need to keep a distance of two metres between one another when singing, and that area requirements on churches would be abolished.