Denmark to boost military contributions to NATO, Syria, the Sahel 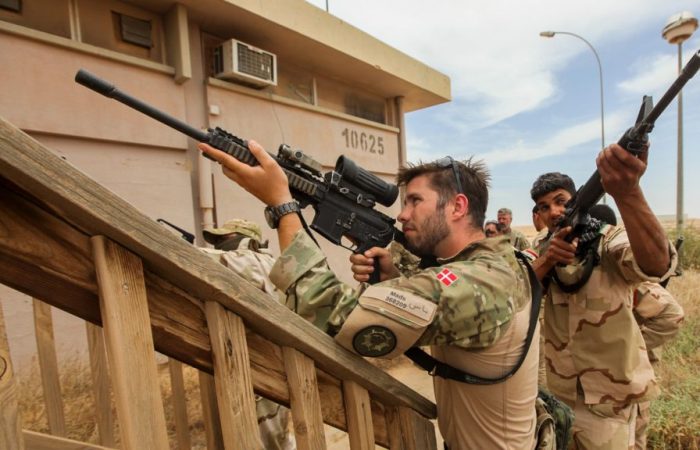 Denmark’s government decided to boost military contributions amid rising global instability, The Defence Post reports. A number of missions around the world including the Sahel and Syrian coalition will get bigger support from the Danish government.

“We are looking into the possibility of a Danish naval contribution in an international European-led effort,” Frederiksen said, meaning the readiness of denmark to share international team’s burden.

The Danish government would send support to the Global Coalition against Islamic State in northeast Syria, the United Nations peacekeeping mission in Mali, France’s mission in the Sahel, and a U.S. aircraft carrier group in the north Atlantic and Mediterranean, in addition to increasing its contribution to the Northern Alliance.

PM Frederiksen said a European-led operation “should not be regarded as an alternative to the American presence, but as a supplement.”

Denmark will send a 14-member medical team to northeast Syria, it will include doctors, nurses, therapists and support staff to provide trauma care at a Coalition base.

The Danish plan marks the first public commitment to send additional personnel to Syria, although an EU diplomatic source told The Defense Post in June that France and the UK have committed an incremental troop increase, but that they are not intended to serve as a border force.

Helicopters for Operation Barkhane in the Sahel

For the first time, Denmark will also send a “helicopter contribution of up to 70 people and one-to-two staff officers” to France’s Operation Barkhane in sub-Saharan Africa’s troubled Sahel region.

The Danish government announced its plan to send two transport helicopters to the French mission back in February, pending parliamentary approval. Denmark previously provided a transport aircraft to Serval in 2013, but the country has not previously contributed to Barkhane.

“We are working across several fronts to create security, stability, and – in the long term – a positive development in the immediate neighborhoods of Europe,” Foreign Minister Kofod said Friday.

Denmark to send 700 personnel to NATO

Denmark will also and send a total of around 700 personnel to NATO missions, including a combat battalion, a “larger warship” and four fighter aircraft “to strengthen NATO’s deterrence and defense profile,” Minister of Defence Trine Bramsen said.

The four F-16 jets along with around 60 personnel will deploy later this year to an airbase in Siauliai, Lithuania, as part of NATO’s Baltic Air Policing operation. One Danish frigate will accompany a U.S. Navy carrier group on an upcoming deployment to the Mediterranean and north Atlantic for three months.

“This is done to strengthen maritime security, but also to build even stronger operational and close cooperation in the U.S.,” Minister of Defence said.