Devastation in Raqqa: many questions about cost of victory 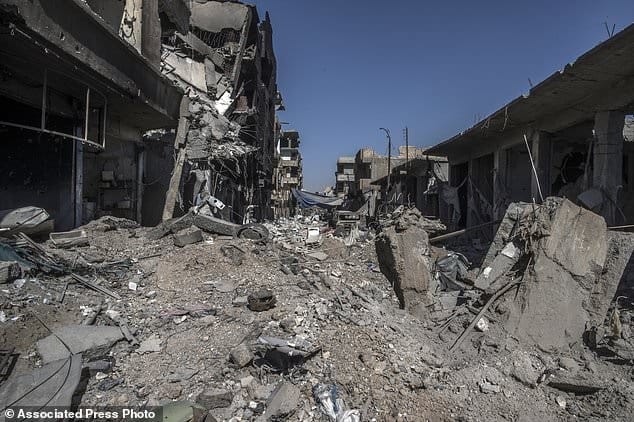 The former “capital” of ISIS, Raqqa, is totally devastated, concluded UN and the Kurdish-led forces. On Friday, the victory over the Islamic State group in Raqqa was officially declared but the ancient city is in ruins. The devastation of unbelievable scale raises now the question about the cost of the victory.

Over four long years, the IS militants had terrorized the population and ruin the beautiful and prosperous Syrian city Raqqa, a once-vibrant metropolis on the Euphrates River. The spectacular devastation of the depopulated city raised questions about the cost of victory against a fanatical opponent. For local authorities, there are a lot of difficulties of rebuilding areas where the jihadis put up a ferocious defence, leaving scorched and burned earth.

The US-backed led military campaigns flushed out the militants but they have left behind the total destruction, the UN estimated in September that 80 percent of Raqqa was uninhabitable as a result of the years of fighting and airstrikes. On October, 19, the day of Raqqa’s liberation, there was no sign of civilian life – testimony to the thousands of bombs dropped on the city mainly by US warplanes.

The Kurdish-led militia (Syrian Democratic Forces, SDF) commander handed over the administration of the city to a council of local officials and tribal leaders. Moreover, 3,000 US-trained policemen who tasked with governance and security, will help the local authorities.