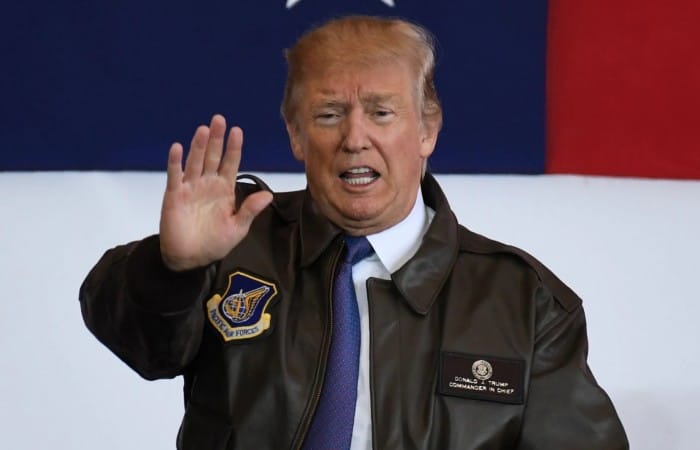 President Trump told journalists on the Air Force One that he expects to meet with a Russian counterpart. The Asian tour gives an American leader an opportunity to meet Vladimir Putin when they both cross paths in Southeast Asia.

Donald Trump will seek a united front with the leaders of Asian states like Japan, South Korea and Russia against North Korea. During his Asian tour, the American leader is going to meet Vladimir Putin as well, that is quite possibly prior to Trump’s visiting Beijing to make the case to Chinese President Xi Jinping that he should do more to rein in Pyongyang.

Trump arrived in Japan on Sunday defending his tough rhetoric on Pyongyang, saying discussions on this issue will figure prominently in talks with other Asian leaders as tensions rise over N.Korean nuclear tests.

The current Asian tour of Donald Trump is the longest one by any U.S. leader since George H.W. Bush in 1992, so President wants to see his Russian counterpart next week.

“I think it’s expected that we will meet. We want Putin’s help on North Korea,”

confirmed Donald Trump to journalists on Air Force One.

POTUS has started a 12-day Asian trip, is looking to present a united front with Japan against N.Korea through meetings with Prime Minister Shinzo Abe. On Friday, the first daughter Ivanka Trump had a dinner with the Japanese head of government during her two-day official visit to Japan as a senior adviser to the US President.