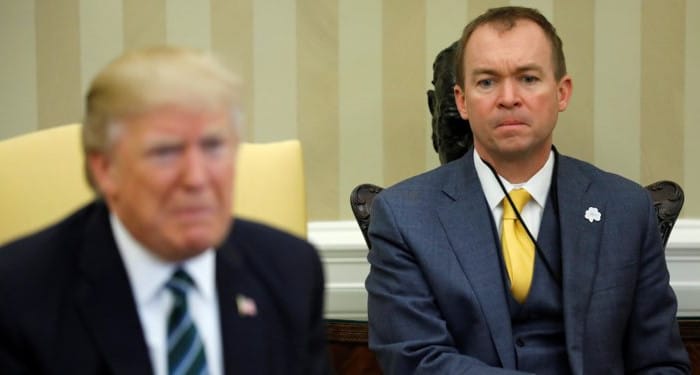 President Trump strongly believes that a new acting chief of staff will help to make America great again. The new chief wrote on Twitter that thanked President for a new assignment, saying that is ‘a tremendous honour’.

“I look forward to working with the president and the entire team. It’s going to be a great 2019,” Mr Mulvany wrote.

Mr Mulvaney is the third chief of staff over two years; he is the head of the Office of Management and had simultaneously led the Consumer Financial Protection Bureau. His new position does not require confirmation, however, under the White House rules, Mr Mulvaney’s term will be open-ended.

On Friday, Donald Trump said he is looking forward to working with Mulvaney in this new capacity, adding that his predecessor John Kelly will be staying until the end of the year. General Kelly is the highest-ranking military officer to lose a child in the wars in Iraq and Afghanistan.

Mick Mulvaney: who is a new acting chief of staff?