Donald Trump thanks Hillary Clinton for coming to his inauguration

President Donald Trump expressed his gratitude to Hillary Clinton for her attending at his inauguration. The 45th President said he was honoured by the presence of Hillary and Bill Clinton.

On Friday, the United States got its next President: 70-year-old Trump Trump vowed and promised to make America great again. The inauguration gathered many political leaders and even former rivals, the most notable of course, Hillary Clinton.

Another notable person was former president Bill Clinton, he and his wife were attending Trump’s inauguration. The 45th President expressed his gratitude to Clintons and said he was ‘honoured’ by the presence of Democrats. Moreover, Donald Trump urged the attendees to give Hillary and Bill a standing ovation.

As a matter of fact, President Trump shook hands with Hillary, and said to former State Secretary loudly:

‘I’ll tell you, there is something that I wanted to say because I was very honoured, very, very honoured when I heard that President Bill Clinton and Secretary Hillary Clinton were coming today and I think it’s appropriate to say and I’d like you to stand up.’

The US President added as well:

‘So thank you for being here and we’re going to have four great years hopefully of peace and prosperity and we’ll be working very, very hard.’

Inauguration ceremony gathered the whole Trump family, the first lady Melania was perfect in her Ralph Lauren outfit. The cashmere baby blue coat and the gloves contrasted with a dark coat of Donald Trump, the couple looked very nice.

Melania Trump has officially taken the reins as the first lady of the United States (FLOTUS), the ex-model choose a coat in a ’60s silhouette that conjures images of Jacqueline Kennedy. Mrs Trump finished the evening of the inauguration day in a trendy piece she co-designed with Hervé Pierre. 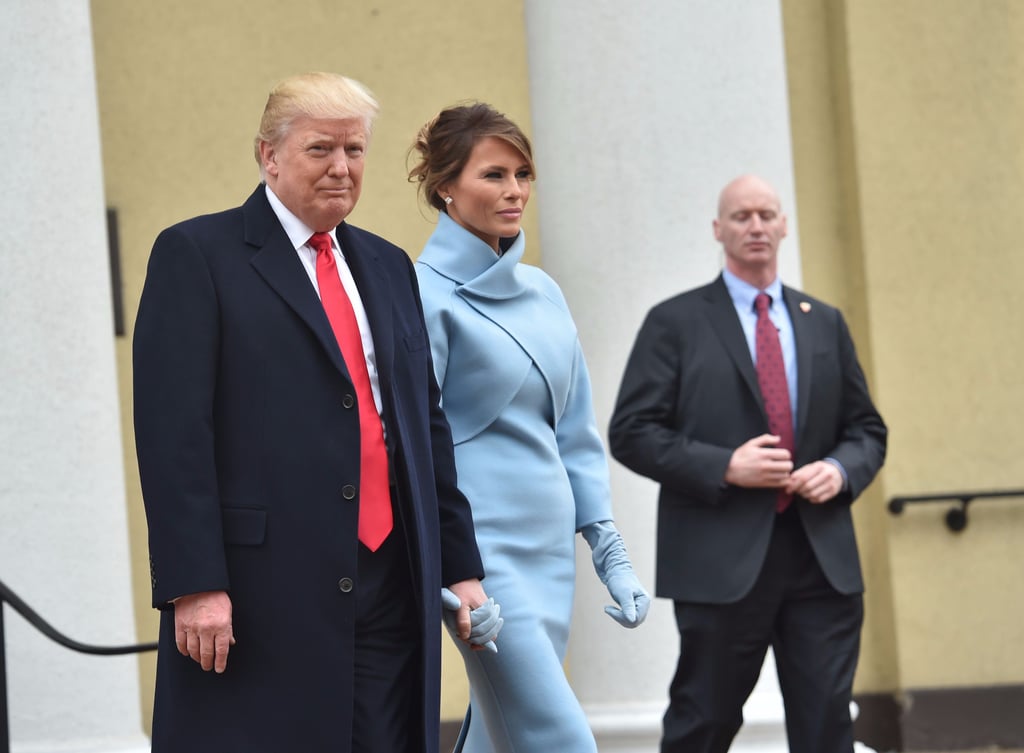