Donald Trump ‘to pull thousands of troops’ from Afghanistan 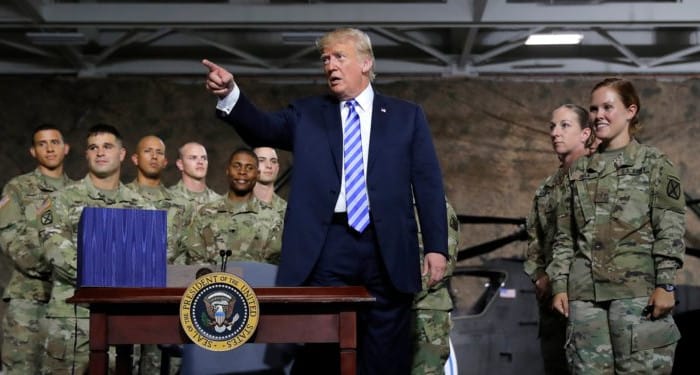 President Trump plans to withdraw up to half of the US troops in Afghanistan next year. However, the presidential decision is not a final yet, about 14,000 troops could be out by summer, Sky reported.

The White House officials said the latest its push for withdrawal was another key factor in Gen Mattis’s decision to resign on Thursday, along with the news of a total pull-out from Syria. In fact, the pulling troops from Afghanistan was one of Trump’s 2018 election promises, he repeatedly publicly advocated leaving Afghanistan, but last year he indicated he would keep boots on the ground indefinitely to prevent the country’s collapse amid a Taliban resurgence.

Officials now worry that withdrawing US troops could dampen those prospects and simply encourage the Taliban to wait until they can take advantage of the gaps when the forces leave. Meanwhile, the Afghan officials have insisted they are not concerned about the withdrawal. The presence of American soldiers in the region is very important for US’s Kurdish allies, who may well face a Turkish assault once US troops leave.

“The fact that a few thousand foreign troops whose roles are primarily advisory and technical support will exit from Afghanistan will not have an impact on security situation,” presidential spokesman Harun Chukhansori told on Thursday.