Donald Trump announced the building of the wall on the border with Mexico, the president even called this date a ‘big day’. According to the new plan of national security, such constructive element of the US-Mexican border will help to solve the immigration crisis.

President Trump announced the new government strategy on the issue of immigration, the wall on the border wth Mexico should reduce the immigrants’ flow. This week, the US leader is expected to sign several executive orders regarding immigration and border security over the next few days.

To restrict refugee access, Donald Trump is going to use the “extreme vetting” of people coming from seven predominantly Muslim countries in the Middle East and Africa. Trump intends to make America great again, and another crisis like European isn’t included in his plans. The inability of the EU to answer migrant crisis is the lesson, which other countries should learn. That’s why President Trump is going to fulfil his key election promise and to build a 2,000-mile wall along the Mexican border.

“Big day planned on national security tomorrow. Among many other things, we will build the wall!” 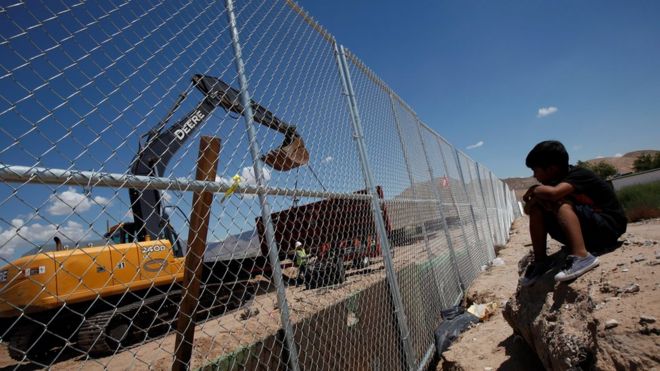 Donald Trump knows very well that international community, UN agencies, immigration and other humanitarian organisations are outraged by such measures. Not wall, neither so-called sanctuary cities in the US are the popular decision of Trump. But he is the president of the US, so, he is going to solve the immigration issue right now.

The new US president is also likely to halt access to the country for some refugees – until the vetting process can be made more rigorous.