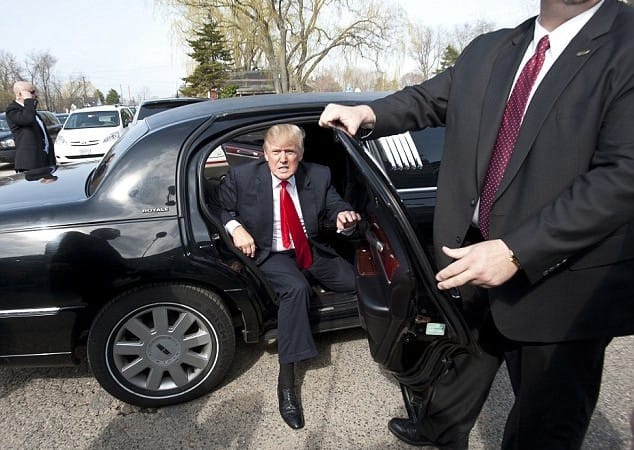 Donald Trump and all the members of his family were using the chauffeur’s services over many years, almost every week the driver Noel Cintron had to work overtime unpaid. As Telegraph understood, on Monday, driver sued Trump Organization for $200,000 in decades years of unpaid working hours.

more than 25 years is suing him for unpaid overtime, describing him in court documents as showing “an utterly callous display of unwarranted privilege and entitlement”.

The 59-year-old Noel Cintron is suing the Trump Organization in court in Manhattan, the ex-driver demands money for 3,300 hours of overtime that he says he worked in at least past six years. Total sue amount around $178,000, Daily Mail reports.

Mr Cintron also accuses Donald Trump of only raising his salary twice in 15 years, the driver was paid $62,700 per year until it was increased in 2006 to $68,000. According to ex-employee, the second rise (to $75,000) back by stopping paying his health insurance. Moreover, in the court filings, Cintron accuses Donald Trump of exploiting him “in an utterly callous display of unwarranted privilege”.

“President Trump’s further callousness and cupidity is further demonstrated by the fact that while he is purportedly a billionaire, he has not given his personal driver a meaningful raise in over 12 years,”

A spokesman for the Trump Organization said:

“Mr Cintron was at all times paid generously and in accordance with the law. Once the facts come out we expect to be fully vindicated in court.”