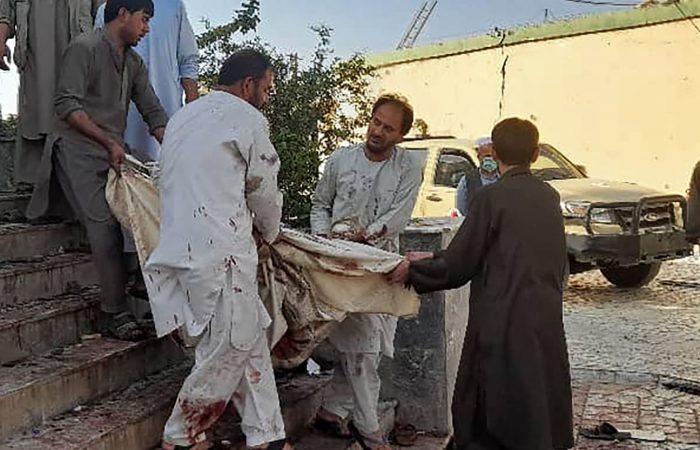 The explosion at a Shiite mosque in Kunduz killed at least 50 people Friday, Reuters said. The Taliban said that an incident is in the bloodiest assault since the American and NATO forces left Afghanistan.

The Taliban spokesman Zabihullah Mujahid had earlier said an unknown number of people had been killed and injured when “an explosion took place in a mosque of our Shiite compatriots” in the city of Kunduz.

The Kunduz Provincial Hospital confirmed that 35 dead and more than 50 wounded had been taken from the scene. There was no immediate claim of responsibility for the attack, but the isis, the main rival of the Taliban, has claimed similar recent atrocities.

Kunduz’s location makes it a key transit point for economic and trade exchanges with Tajikistan. Over the months, the city was the scene of fierce battles as the Taliban fought their way back into power in August.

Shiites make up roughly 20 percent of the Afghan population. Many of them are Hazara, an ethnic group that has been heavily persecuted in Afghanistan for decades.

In October 2017, a lone IS suicide attacker struck a Shiite mosque as worshippers gathered for evening prayers in the west of Kabul, killing 56 people and wounding 55 including women and children.

And in May this year, a series of bombings outside a school in the capital killed at least 85 people — mostly young girls. More than 300 were wounded in this attack on the Hazara community.