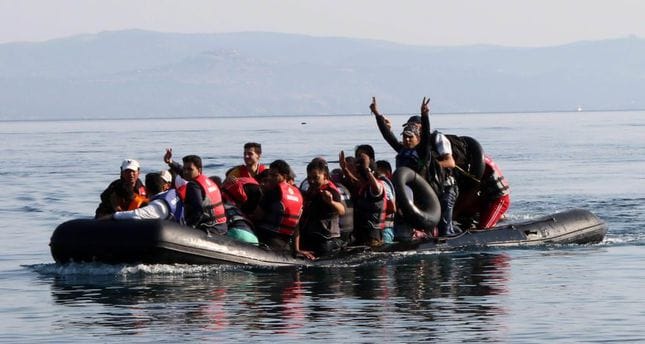 Forty migrants from different countries of the Middle East were rescued from five boats in the Channel on Tuesday. According to the Home Office, an “organised criminal activity” is responsible for such unhuman transportation of people by the sea, that is thought to be the largest number of migrants picked up off the coast in a day.

The HM Coastguard has rescued more than 150 people in December, the largest daily number was registered on December 25 when 40 migrants from Iran, Iraq and Afghanistan were saved from their dinghy. Thanks to the joint efforts of the Border Force and the Maritime and Coastguard Agency, dozens of migrants were discovered in five separate incidents within six hours.

One group of eight, including a girl, was found at 2.40am heading towards Folkestone. The girl will be put in the care of social services. The group was medically assessed and then handed over to immigration officials.

In other incidents, a BF cutter was deployed early in the morning to the English Channel to help a dinghy travelling towards the UK with eight persons onboard. The 13 people on board the boat off Deal and 16 persons on Saturday were not thought to be wearing life jackets while they have been travelled towards the UK.

A Home Office has reacted immediately and blamed the international organized activity for risking the lives of the ordinary desperate people from war-torn countries: «We are working closely with the French and law enforcement partners to target these gangs, who exploit vulnerable people and put lives at risk.»

According to HM Coastguard’s statement, the preservation of life, rescuing those in trouble and bringing them safely back to shore is their main aim but the flow of migrants who crosses Engish Channel on a dinghy is the most dangerous way.