Drake called London the most comfortable city of the world

Drake gave London all the respect, during the opening night of rapper’s Boy Meets World Tour the singer called London the most comfortable place. According to Drake, the UK’s capital ‘is my favourite city in the world.’

Drake started his world concert tour, and the Londoners were the first who visited it. Last night, the O2 Arena became a witness of the fantastic show of the Canadian rapper. Additionally to that fact that the production was flawless, the crowd heaved and roared with electric abandon, Drake confessed in love to London.

‘I owe my whole career to London. This is my favourite city in the world. Imma live here one day,’

said from the stage the singer, while having a Union Jack flag between his hands. 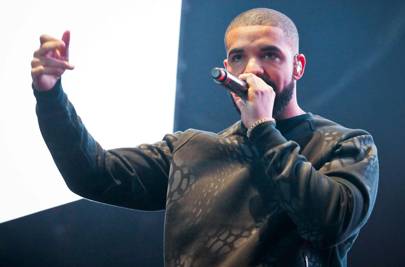 Drake in London: will the star move to the UK?

Drake loves the capital of the Great Britain, undoubtedly, the rapper made it clear and loud during his Monday show in London. He said in the opening speech that he has love and deep respect for this city, Drake reminded the crowd of his bottomless gratitude for London’s instrumental boost to his musical career.

It is worth to note that Drake could understand London as the unique musical goldmine, the musician felt this city as the place with the richest musical and culture traditions, all this made the singer’s taste much better. Believe or not but Drake’s respect for London’s grime scene is evident from the urban inflections to his language, the Londoners were roaring from the delight.