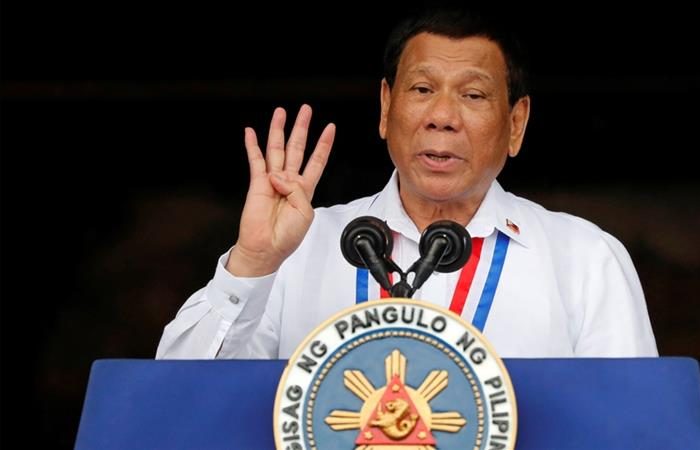 Philippines President vowed to the nation that he will not allow students to go back to school until a vaccine is available. Without a vaccine, sending children to school «spells disaster», Rodrigo Duterte said.

President Duterte said a few important things during a televised address late on Monday. According to the Philippines’ government, even as some countries resume in-person classes, his country will wait for the anti-COVID vaccine.

The young Filipinos were due to return to school at the end of August after classes for more than 25 million primary and secondary students were shut down in March as the contagion took a firm hold in the Philippines.

But the head of the state reiterated that the risk was too high, even if it held students back academically. In Duterte’s personal opinion, ‘vaccine first’. «If no one graduates, then so be it,» he added.

The Philippines wait for a vaccine against the COVID-19

There have been 14,319 confirmed coronavirus cases in the Philippines as of Monday, including 873 deaths, according to the Department of Health.

Though global researchers have launched an unprecedented effort to quickly develop a vaccine, it is not clear when a viable candidate will be proven and distributed on a large scale.

In other words, the planet will have a second and even third wave if there is no vaccine.

Public school normally runs from June to April in the Philippines, but authorities pushed back the start for August 24 as cases rose and a strict lockdown brought most of the nation to a halt.

But the Department of Education has stressed that «school opening will not necessarily mean traditional face-to-face learning in [the] classroom».

«The physical opening of schools will depend on the risk severity grading or classification of a locality,» it said when it announced the new academic calendar.