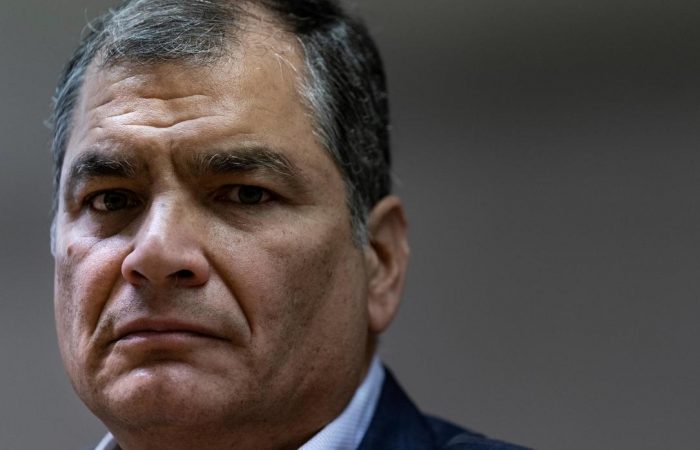 Rafael Correa was one of 18 people convicted of bribery and found guilty of corruption. The former head of state was sentenced in absentia to eight years in prison for corruption, the attorney general’s office confirmed Tuesday.

Former Ecuadoran president Rafael Correa, a leftist economist by training, spent ten years in the office, during that long period of time he made many mistakes. According to lawyers, he was accepting funds from private businesses for his 2013 election campaign in return for state contracts.

Mr Correa was Ecuadoran president from 2007 to 2017, however, after leaving the office he preferred to live in exile in Belgium, where his wife was born. In fact, Ecuador’s constitution bars those convicted of bribery, illicit enrichment and embezzlement from standing for public office, meaning Correa’s political career is finished.

The former president, one of the feistiest characters in Latin American politics, has always claimed to be a victim of political persecution. As AFP reports, he accuses his country’s judges of complicity and hit out at the sentence.

«I know the process and what the judges say is a LIE. They’ve proved absolutely NOTHING. Pure false testimony without evidence,» Correa wrote on Twitter.

Correa was implicated over a $6,000 payment to his private account, which he claims was a loan.

Ex-president was one of 18 convicted of bribery

On Tuesday, the former vice president Jorge Glas was also sentenced. Again. In 2017, he has been serving a six-year prison sentence in a separate case for accepting a bribe from Brazilian construction giant Odebrecht.

Mr Glas was vice-president under Correa from 2013-17 before he was re-elected under current President Lenin Moreno, only to be suspended several months later over the Odebrecht scandal.

To summarize the verdict, the court also banned all those convicted from political activity for 25 years.

«This was what they were looking for: manipulating justice to achieve what they never could at the ballot box,» said Correa, who turned 57 on Monday.

Alexis Mera, the former legal secretary to the presidency under Correa, said he would appeal his own conviction, claiming it was «full of lies.»

«I never received campaign money and I proved it,» he said and claimed his conviction is based on a simple receipt for $80,000 for legal services that he says doesn’t include his signature.

Over two years, ex-president Correa is considered a fugitive by the Ecuadoran courts. He was also wanted for the alleged kidnapping of an opposition lawmaker but cannot be tried in absentia on that charge.