Eddie Redmayne, the famous British actor, had a remarkable year during which he was awarded an Oscar and many other film awards. At the end of the year, he has experienced another significant event–the actor was made an OBE at Windsor Castle. Queen Elizabeth II personally pinned the medal to the chest of the actor who played a role of the first transvestite in the European history.

Eddie Redmayne has capped off a memorable year by becoming an OBE. The 34-year-old actor beamed with pride as he posed with his medal beside wife Hannah at Windsor castle on Friday. 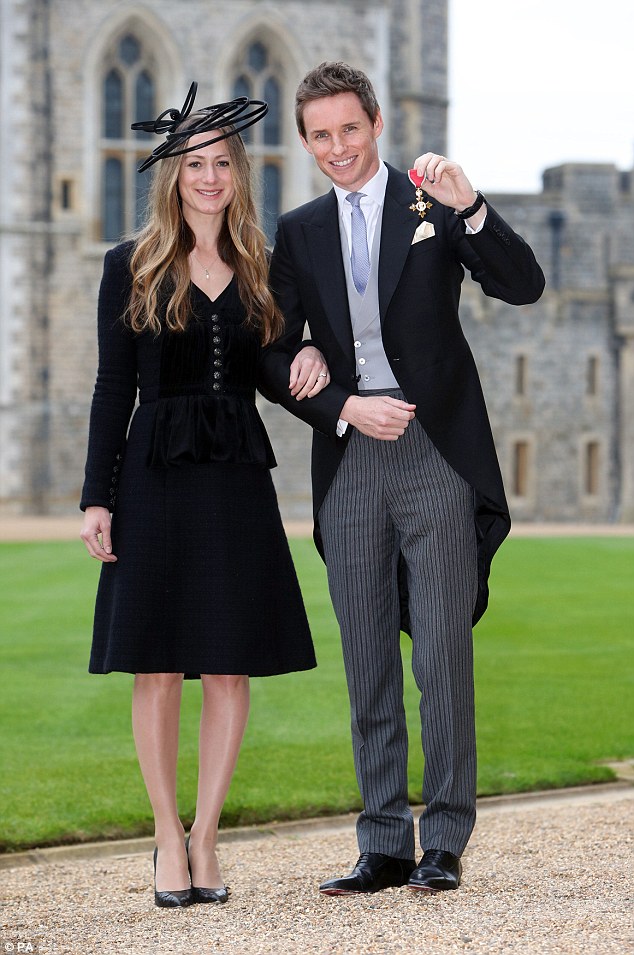 Of his latest honour, Eddie said:

‘It was absolutely wonderful. Also being with such extraordinary people the whole experience is incredibly humbling and also getting to be in Windsor Castle is breathtaking, around Christmas as well with all the decorations.’

Inside the castle, Eddie was presented with his medal by the Queen, who wore a simple and elegant orange dress for the occasion, Queen Elizabeth likes to wear bright dresses. Eddie smiled as he had his OBE pinned to his chest, before sharing a few words with the Queen in front of the full room. One of Britain’s top heartthrobs, Eddie married Hannah in December 2014, and the couple has a baby daughter called Iris May.